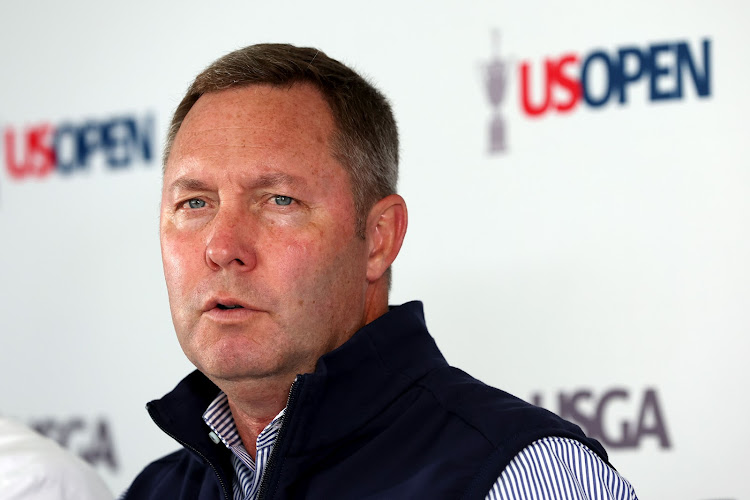 Mike Whan, CEO of the USGA, speaks to the media at a press conference during a practice round prior to the 122nd US Open Championship at The Country Club on June 15, 2022 in Brookline, Massachusetts
Image: Rob Carr/Getty Images

Though the USGA is allowing LIV Golf Invitational Series players to participate in this week's US Open, CEO Mike Whan said he is “saddened by what's happening in the professional game” and is worried about how the upstart tour will affect the sport.

“I like watching the best players in the world come together to play, and this is going to fracture that,” Whan said at The Country Club in Brookline, Massachusetts, the venue for this week's US Open.

Despite these concerns, the USGA ultimately made the decision to allow golfers who played in last week's inaugural LIV event in England to participate in the US Open.

Those players, who include Dustin Johnson and Phil Mickelson, were suspended by the PGA Tour for taking part in the LIV event.

“We did sit down and have a long conversation about a week before the US Open — did where somebody else play and what promoter they played it with disqualify them for this event?” Whan said.

“We decided 'no' on that, with all of the awareness that not everybody would agree with that decision.”

Whan pointed out that multiple golfers played for the same promoter in Saudi Arabia in February with the PGA Tour's approval.

However, Whan did not guarantee this decision wouldn't change for US Open tournaments in the future.

When asked if he could see it becoming more difficult for “breakaway” players to get into the major, Whan said, “Yes. Will that be true? I don't know, but I could foresee that day.”

“Everyone needs to take a long-term view of this and see where these things go,” Whan said. “It's not going to be a knee-jerk reaction to what we do.”

“The question was, could you envision a day where it would be harder for some folks doing different things to get into a US Open? I could,” said Whan.

“It would be a lot of hypotheticals for me to get what LIV is going to be by the time we're talking about this next year,” said Whan.

“But as we would do any year, we're going to definitely re-evaluate field criteria. We would any year. We will take a look at what the landscape looks like.

He was quick to clarify that he “didn't mean to send some sort of tremor that everything's going to change tomorrow,” and that many factors will come into play in future decisions. — Field Level Media