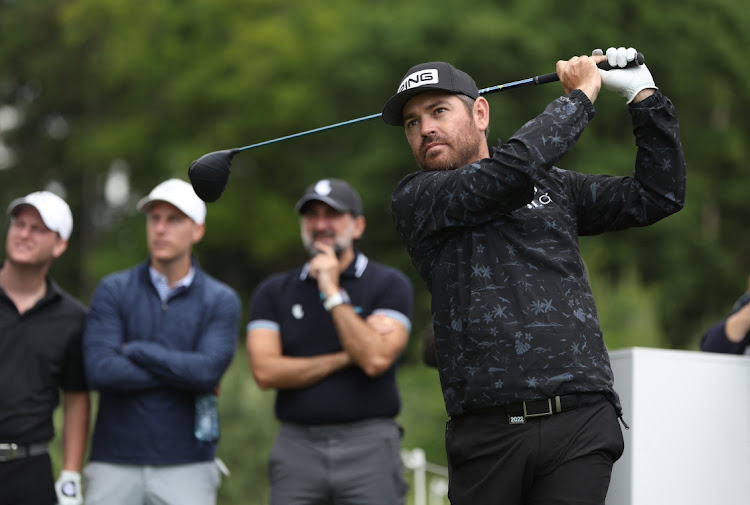 The USGA did its best to avoid pairing some of LIV Golf's biggest catches with its most ardent critics for the first two days of this week's US Open.

Phil Mickelson, who will make his first non-LIV appearance in more than four months this week at The Country Club in Brookline, will play Thursday's and Friday's rounds with South Africa's Louis Oosthuizen — another LIV golfer — and Ireland's Shane Lowry.

The third major of the men's golf season is also the first time players who departed the PGA Tour for the Greg Norman-run, Saudi-backed LIV series will compete in the same event as players who stayed with the PGA.

The tour suspended 17 current and former members for their choice to play LIV tournaments and plans to dole out the same punishment to future defectors.

In the group before Mickelson's, Dustin Johnson, the highest-ranked player in the world with LIV so far, is paired with Webb Simpson and England's Matt Fitzpatrick.

Another Thursday-Friday group features two LIV players. Sergio Garcia of Spain and Kevin Na, two of the first players to depart the PGA Tour, will be in a group alongside England's Tyrrell Hatton.

Bryson DeChambeau and Patrick Reed did not compete in the LIV debut last week in London but have officially joined the circuit since.
DeChambeau will play in a group with Gary Woodland and England's Justin Rose; all three of them are past US Open winners, with DeChambeau's victory coming in 2020.

Reed will go out with South Korea's KH Lee and England's Tommy Fleetwood.

Northern Ireland's Rory McIlroy has been among the loudest critics of LIV.

When he won the RBC Canadian Open on Sunday, he made sure to point out that his 21st career PGA Tour victory put him one ahead of Norman.

The USGA spared McIlroy the awkwardness of spending 18 holes with any LIV players, at least for Thursday and Friday. He'll play his first two rounds with Xander Schauffele and Japan's Hideki Matsuyama in one of the featured groups.

PGA Championship winner Justin Thomas will be with Viktor Hovland of Norway and Tony Finau. Masters champion and world No 1 Scottie Scheffler will go out late Thursday with two-time US Open champion Brooks Koepka and Australia's Cameron Smith.

Thomas said the controversial LIV Golf Invitational Series had sucked up all the oxygen in the sport and overshadowed the third major of the season.

"It's sad," Thomas said. "This is the US Open, and this is an unbelievable venue, a place with so much history, an unbelievable field, so many storylines, and yet (LIV) seems to be what all the questions are about. That's unfortunate."

Thomas, who won last month's PGA Championship for the second major title of his career, said he "selfishly" did not want any of the PGA Tour's best talent to leave for the budding rival series, which is headed by CEO Greg Norman and backed by Saudi financing.

But Bryson DeChambeau and Patrick Reed are the latest high-wattage names to confirm they would leave for LIV after the series debuted last week outside London with golfers like Dustin Johnson, Phil Mickelson, SA's Louis Oosthuizen and Charl Schwartzel and Spaniard Sergio Garcia.

"All I can do is plead my case. But everybody out here is a grown-up. They can make their own decisions," Thomas said.

LIV is offering players record purses, but many feel that Saudi Arabia is engaging in a "sportswashing" campaign to plaster over its checkered human rights record by funding the tour.

Thomas said he does not think less of his peers who go to LIV.

"You can disagree with the decision. You can maybe wish that they did something differently," Thomas said.

"But for people at home to say that Dustin Johnson is now a bad person, that's not fair. ... Do I wish he wouldn't have done it, and am I a little sad about it? Yeah, but it is what it is. You've just got to move on and make the best out of what you've got."

The tour has suspended 17 current and former members for playing LIV tournaments without its permission. Others who go will suffer the same punishment. Some, including Mickelson, have argued it should be up to individual golfers if they want to play on both tours. — Field Level Media