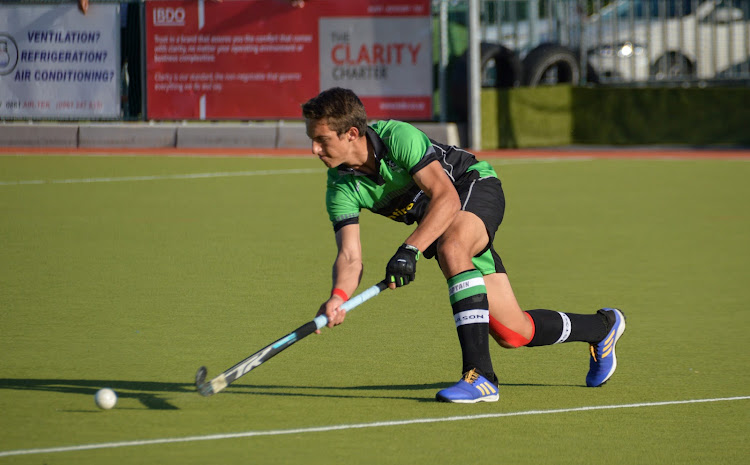 IN CONTROL: Pearson captain Bjorn Slabbert led his team to an exciting 2-1 win over St Andrew's in their schools hockey fixture at the weekend
Image: SUPPLIED

Pearson snatched victory in their boys’ first team hockey match against St Andrew’s at the weekend as Jesse Engelbrecht slotted the winner with less than two minutes remaining.

This Friday fixture is traditionally played in the evening but this time it took place in the afternoon and the players had to contend with hot conditions in a temperature of 27°C.

Pearson started off strongly and should have capitalised on numerous circle entries, failing to get an outcome from any of them.

The first two chukkas went by uneventfully with no penalty corners and the score remained deadlocked at 0-0.

The third chukka saw Pearson continue to apply pressure but with no success.

St Andrew’s then broke away and were awarded their first penalty corner of the game. They took this opportunity in clinical style to go ahead 1-0.

Pearson then managed to secure a penalty corner in the dying seconds of the third chukka and, with time up on the clock, Dennis de Villiers stepped up to level matters.

This set up the game for a scintillating last chukka, with the scores at 1-1 and Pearson again not being able to convert penalty corner opportunities.

It seemed to be heading for a draw but with 72 seconds left on the clock up, young  Engelbrecht held his nerve to find the net for a 2-1 victory.

Pearson captain Bjorn Slabbert was happy to close off a long term of hockey with a hard-fought home win.