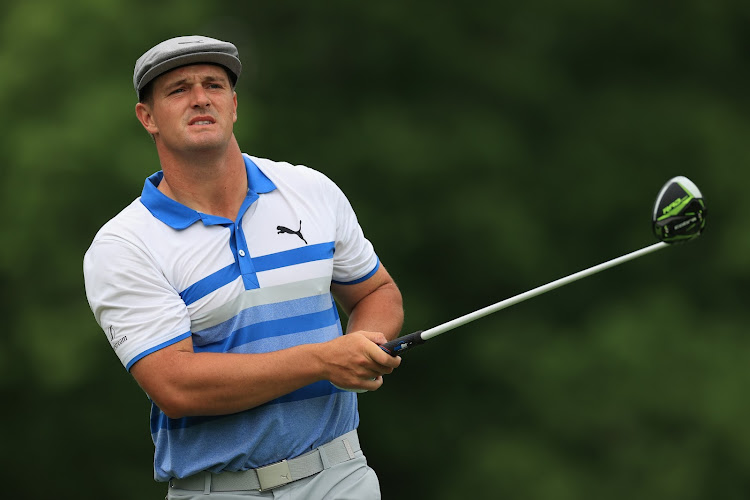 Bryson DeChambeau of the US
Image: Aaron Doster-USA TODAY Sports

One of LIV Golf's newest members, Bryson DeChambeau, said he made "a business decision, first and foremost," despite the looming — and promised — threat of being suspended from the PGA Tour.

"There was a lot of financials to it and a lot of time. I get to have a life outside of the game of golf as well," DeChambeau said ahead of this week's US Open in Brookline.

Amid reports that the 28-year-old DeChambeau was offered a guaranteed $100 million to join the Saudi-backed tour, which has Greg Norman as CEO, DeChambeau called the move "a business decision for my family's future, and it gave me a lot of free time, so it cleared a lot things up for me."

DeChambeau, an eight-time winner on the PGA Tour, including the 2020 US Open, said he intends to play the final seven LIV Golf events this year. His debut would come June 30 at Pumpkin Ridge in Portland.

With PGA commissioner Jay Monahan having already suspended 17 tour players for taking part in the first LIV event, and at least half of that group having resigned their PGA Tour membership, DeChambeau knows he could be sidelined as well.

"It's not my decision to make. That's someone else's decision that's making that for me," DeChambeau said Monday in making his first public comments since LIV Golf announced his membership.

Monahan made it clear that other players who go the LIV route would be suspended as well, although DeChambeau said he has not resigned his PGA Tour membership and hoped to keep playing on the tour.

He said he has pulled out of next week's Travelers Championship because of the distraction his presence could cause.

Phil Mickelson and Dustin Johnson are among the 17 players already suspended from the PGA Tour. — Field Level Media