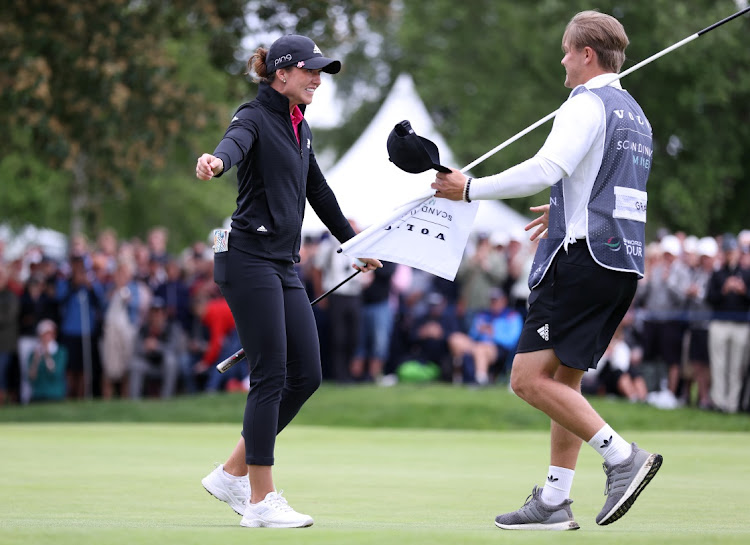 Linn Grant became the first female winner of a DP World Tour event after the Swede dominated the Scandinavian Mixed at the Halmstad Golf Club to triumph by nine strokes.

Grant, 22, was the overnight leader going into the final day and she saved her best round for last with a flawless eight-under 64 that included eight birdies to finish at 24-under overall in front of a roaring home crowd.

Scotland's Marc Warren and Sweden's Henrik Stenson finished tied for second and Grant, who had her boyfriend Pontus as her caddie, said beating the men in the field was the “most important thing”.

“It's a nice feeling,” she said. “All week I just felt like it's the girls against the guys and whoever picks up that trophy represents the field.

“It's huge. Just playing at home and having the crowds here, my family by my side, boyfriend on the bag — it's crazy and I'm proud of myself,” she added.

The unique event, co-sanctioned by the LET and DP World Tour, features two different sets of tees for the men and women, who competed for the same $2-million purse.
“I just hope that people recognise women's golf, more sponsors go to the LET (Ladies European Tour) and hopefully this pumps up the women's game a little bit more. Pontus has been amazing, keeping me calm and doing everything right.”

The event, co-hosted by Stenson and Annika Sorenstam, had a prize fund of two million euros ($2.10 million). — Reuters