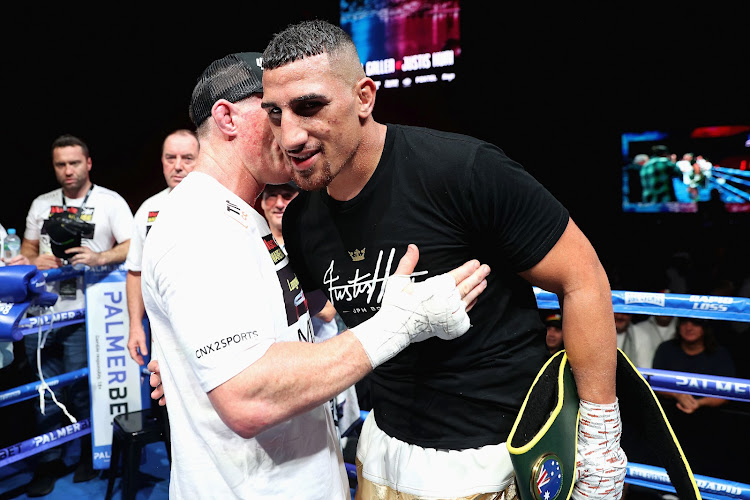 The family home of Australian heavyweight boxer Justis Huni was hit by five bullets in a drive-by shooting but no-one was harmed, his father said on Thursday.

Rocki Huni, also the boxer's trainer, said the shooting happened just before 4am on Thursday morning while 10 people including his son were in the house in Brisbane's southern suburbs.

“I heard some shots, I didn't really think anything of it,” Rocki Huni told Australian broadcaster Nine Network.

“When I went outside to investigate I didn't see anything ... Then when my wife checked, she saw the (bullet) holes through the curtains and the windows.

“There are cops all over my house with forensics right now.

“There's 10 of us living in the house, I've got my daughter staying with us — she's got two kids, one, six months, the other eight years old.

“It was crazy because right where one of those shots went through is where we feed the baby early in the morning.”

Queensland Police said they received multiple reports of loud noises and vehicles driving off at speed at a street in the Brisbane suburb of Sunnybank Hills.

Police discovered “at least” five shots were discharged into a property in the street.

“The bullets went through the front windows and into the house,” Queensland Police said in a statement.

“A crime-scene has been established and investigations are continuing.”

The 23-year-old Huni is preparing for his heavyweight bout against local boxer Joseph Goodall in Brisbane on Wednesday.

Rocki Huni said he had no idea why his house might have been targeted and that his son and Goodall were “two guys that like each other.”

“They're a week away from going to war but nothing has been taken personally,” he said.

Huni was set to represent Australia at last year's Tokyo Olympics but pulled out after injuring his hands in a knockout win over former National Rugby League player Paul Gallen. — Reuters