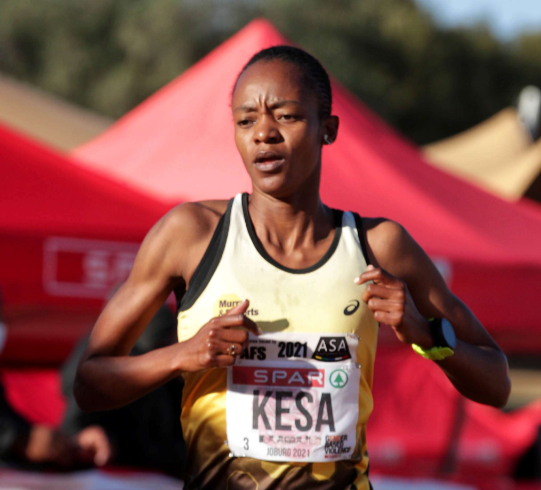 Naru completed a clean sweep of six victories last year and Moletsane says the country has a high calibre of athletes who have what it takes to challenge the seemingly unstoppable Ethiopian.

“It (Grand Prix) has been going outside the country for the past two seasons and it is high time that we keep it here in SA,” said Moletsane during the launch in Cape Town this week where the organisers announced that Mbombela has been added to the series to replace Pietermaritzburg and the combined prize money has been increased to R1.7m.

Helalia Johannes took the title to Namibia in 2019 and Nare won it last year when the series resumed after the disruption caused by Covid-19.

Some of the top SA athletes who will be looking to put pressure on Nare and Johannes include Glenrose Xaba, Gerda Steyn, Molotsane, Irvette van Zyl, Kyla Jacobs and Zimbabwean Fortunate Chidzivo.

“With the calibre of women athletes that we have in the country like Tayla (Kavanagh), Kyla (Jacobs) and many others, we are have an improvement in terms of the status of athletics in SA.

“With the fitness levels of athletes like Glenrose (Xaba) and Irvette (Van Zyl) at the moment, I am positive that it might be retained in SA. I am looking forward to the day that we finally bring the Grand Prix back to home soil.

“We are looking forward to at least one of them climbing up and at least winning the Grand Prix in the near future.”

Molotsane is hoping to stay injury free during the series and is looking for a good start in Gqeberha in two weeks’ time.

“Each and every race is important and history has taught us that missing one race can completely rearrange your whole Grand Prix. My plan is to find my feet so that I know what I am working towards.

“For me it will be crucial to have a good start in Gqeberha and the good thing is that there is always have good weather at that part of the world in May and I am hoping for the best.”