Horne burns up his first nine to lead NMB Classic 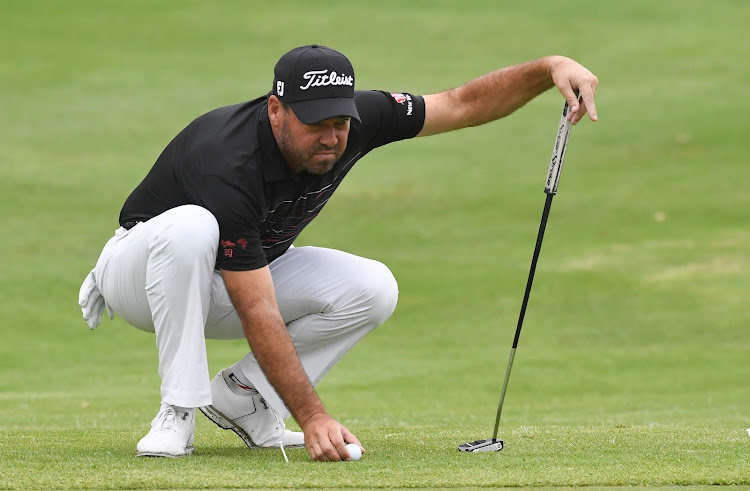 Keith Horne shrugged off the shock of a bogey on his first hole to set the pace with a six-under-par 66 on the opening day of the second edition of the Nelson Mandela Bay Classic golf tournament at Humewood in Gqeberha on Wednesday.

The setback had a galvanising effect and saw the Sunshine Senior Tour newcomer, who played the back nine first, birdie six of the next seven holes to shoot ahead of the field.

The R500,000 event, which draws to a conclusion on Friday, will be played in the form of a pro-am for the first two days before the pros target the top of the leader board on Friday.

Horne’s 66 saw him take a two-shot lead over the ever-competitive Doug McGuigan, who had three birdies on the back nine for a respectable round of 68.

He was followed by Adolf van der Merwe on two-under and Mark McNulty on one-under.

The 50-year-old Horne, who still features on the regular Sunshine Tour and the Asian Tour, is playing his first proper Senior Tour event and was satisfied with his round despite going off the boil over his last nine holes.

Reflecting on his start, he said: “I actually thought maybe this is one hole [the 10th] where I shouldn’t use the driver because you don’t want to get off to a bad start and I hit it in exactly the only place I thought you shouldn’t hit it.

“Thank goodness we found it and I was able to drop out and make five.

“If anything, that made me push it a little bit harder and instead of trying to steer it around the course, I got it going by birdieing six of the next seven holes.”

Horne was mildly disappointed that he did not capitalise on his position when he played the front nine, with a string of pars separated by a tap-in birdie on the par-five seventh hole.

“I got a bit defensive and had a lot of short wedges in but nothing near the hole and the putts didn’t drop,” he said.

“So it was a bit frustrating because I felt the course was there for the taking but I went a little bit cold.

“It would have been nice to get really ugly and go 10 under or something like that on the first day but, hey, six under is a good start.”

The experience of Humewood, with a light southerly wind blowing, created a memorable experience for Horne.

“What a pleasure it was to play here because I don’t think I have been here since the 2006 SA Open.

“I love the set-up, love the feel and condition-wise greens were superb, so I really enjoyed it.

“I’d like to go out tomorrow and let the handbrake off a bit, try to relax and if the wind doesn’t blow it would be nice to shoot a low one.

“So my aim will be to try to have a really solid day tomorrow and try not to protect the lead.”