Mark McNulty primed for a tilt at Humewood links

Senior pros gear up to tee off in NMB Classic 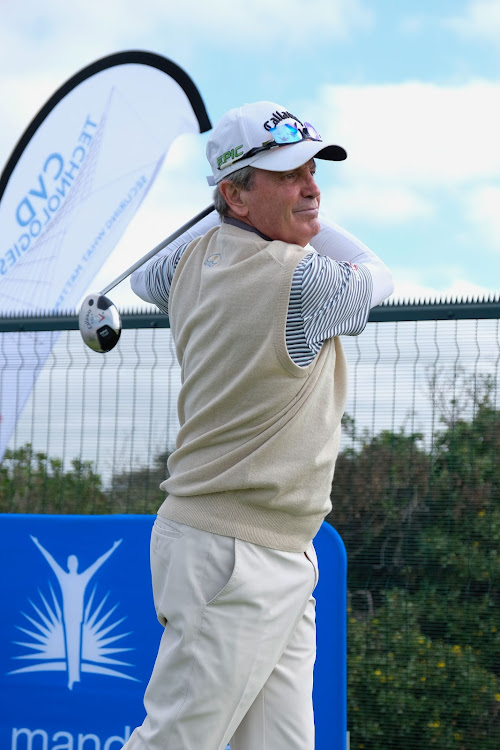 GOLFING LEGEND: Sunshine Senior Tour golfer Mark McNulty will be one of the contenders for the title when the second edition of the Nelson Mandela Bay Classic takes place at the Humewood course in Gqeberha from May 4-6
Image: MICHAEL SHEEHAN

Golfing legend Mark McNulty will be among an array of senior golfers gearing themselves up for another tilt at the famed Humewood links course when the Nelson Mandela Bay Classic is played in Gqeberha next week.

Part of the Sunshine Seniors Tour, the second edition of the event, sponsored by the Nelson Mandela Bay municipality, will take place from May 4-6, with pro-am rounds being played on Wednesday and Thursday, and the pros shooting it out for the title on Friday.

“There will be some new boys on the block such as Keith Horne and statistics overseas have shown that the younger players who come onto these sorts of tours win most of the tournaments,” the 69-year-old McNulty, a winner of 59 professional titles around the globe, said.

“I would imagine the same applies here, but I will be out there seeing what I can do.

“I must be honest, the days of heavy practising for me are past and it’s now a case of trying to practise smart, while I will use Monday and Tuesday to get a feel for the greens.”

In his days on the regular tour, McNulty was a frequent visitor to Humewood, but he said his appearance in the 2021 NMB Classic had been his first experience of the course for many years.

“While the layout of the course is embedded in my mind, with them changing the structure of the greens I almost had to learn the golf course again,” he said.

“I vaguely remember from last year and am sure it will come back, but it will take two conscious nine holes of golf on Monday and Tuesday for me to learn the greens again.”

Naturally he referred to the weather, in particular the wind, as a key factor in plotting his way around the course, which is often its major defence against the long hitters.

“The strategy is pretty simple because you have a west wind and then the easterly or south-easterly, so you build your knowledge of the course about which wind you have for the day,” McNulty said.

“For example, with a downwind some guys can almost get to the green on the first hole, but if you play into the wind it becomes far more challenging.

“The course is like that all the time, and then if it blows, the cross-wind holes, such as the par-3 sixth and the par-5 17th, can become quite tricky.”

Senior Tour chief operations officer Neville Clarke said they were excited about returning to Gqeberha for the second edition of the tournament.

“It is a great pleasure and honour for us to join the Nelson Mandela Bay Municipality and the Humewood Golf Club in hosting this prestigious tournament at the iconic links course,” he said.

“The municipal council under the direction of executive mayor Eugene Johnson has identified sports tourism and the hosting of high-level strategic sporting events as a priority in promoting the city’s tourism offering and we are most grateful for their financial support that makes the hosting of this event possible.”

He said the format of the pro-am side of the event was to showcase and promote businesses and the city at the same time through television coverage.

“The aim is also to raise funds for local social charities identified by the mayor, who recently showed passion and compassion for deserving causes by raising money, awareness, and collecting food for the SPCA.

“The Endangered Wildlife Trust (EWT) will also benefit from proceeds while promoting the elephant as the endangered animal.”

Clarke said they were delighted to have some of the best senior players in SA in the field for next week.

“There are a couple of new faces who will be keen to lay down a marker, as well as several of our more experienced players, which should make for an exciting finish when it comes down to the Friday shootout,” he said.

“Adilson da Silva has had to withdraw and I think Keith Horne and Doug McGuigan are now firm favourites, though Mark says he is hitting the ball very solidly.”

“The likes of Andre Cruse, Neil Cheetham, Paul Marks, Kenneth Dube and Bobby Lincoln will also be in the mix.”