Daniil Medvedev marches into second round of Australian Open 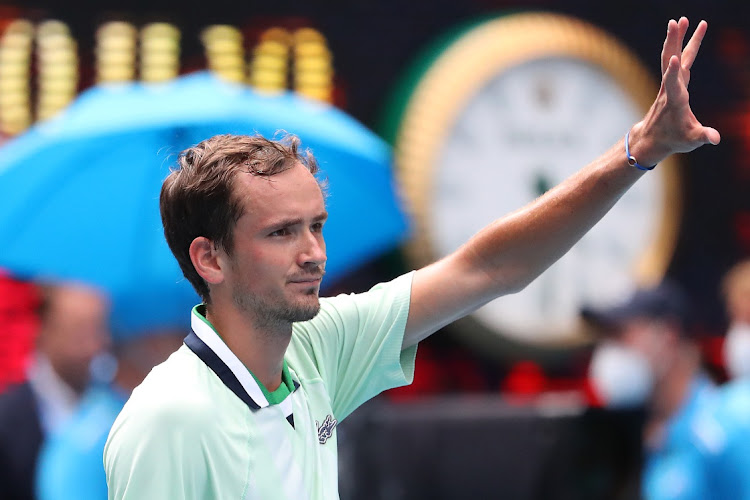 Daniil Medvedev of Russia celebrates winning his first round singles match against Henri Laaksonen of Switzerland during day two of the Australian Open at Melbourne Park on January 18, 2022
Image: Kelly Defina/Getty Images

Daniil Medvedev launched his bid for a maiden Australian Open title on Tuesday with a 6-1 6-4 7-6(3) romp over Swiss battler Henri Laaksonen.

US Open champion Medvedev, favourite to win at Melbourne Park in the wake of Novak Djokovic's deportation, was in cruise control for two sets against world number 91 Laaksonen before being dragged into a proper dog-fight in the third set.

Finland-born Laaksonen produced scintillating tennis to keep in touch with Medvedev in the tiebreak before faltering with a pair of unforced errors that gave the Russian three match points.

Medvedev sealed the win on the first of them and will play the winner of Nick Kyrgios and Liam Broady for a place in the third round.