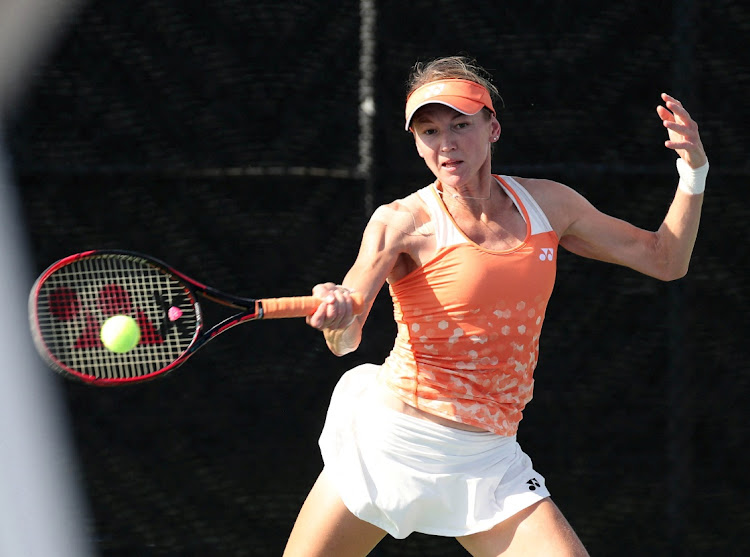 The Women's Tennis Association has raised concerns about Renata Voracova's departure from Australia after her visa was cancelled, saying the Czech player followed the rules and had done nothing wrong.

Like Novak Djokovic, Voracova was granted a medical exemption to compete at the Australian Open despite not being vaccinated against Covid-19.

The 38-year-old doubles specialist had already played a tournament in Melbourne before she was detained by Border Force officials and asked to leave the country in the wake of the cancellation of Djokovic's visa.

“The complications experienced over the past few days where athletes have followed the approved and authorised process of receiving a medical exemption for entry into the country are unfortunate,” the WTA said in a statement.

“Renata Voracova followed these rules and procedures, was cleared for entry on her arrival, competed in an event and then suddenly had her visa cancelled when she had done nothing wrong.

“We will continue to work with authorities on addressing this unfortunate situation in an appropriate manner.”

Voracova told Luxembourg TV channel RTL Today she hoped Tennis Australia would compensate her for the expenses associated with her travel to Melbourne and for the potential prize money she has missed out on.

“I hope Tennis Australia will face up to it and we don’t have to take legal steps,” she said.

The Professional Tennis Players Association (PTPA), the breakaway players' body launched by Novak Djokovic in 2020, said it was conducting due diligence on Voracova's case.

“The PTPA believes that legal certainty should be a paramount principle in any democratic society,” it said in a statement. “We will continue to support and advocate for players in a manner that is acceptable to them.

“We are grateful that Ms Voracova is safe, and we look forward to her time back on the court.”

Djokovic, whose visa was restored at a Federal court hearing on Monday, was set to return to practice at Melbourne Park on Wednesday as he awaits a decision from Immigration Minister Alex Hawke on his status. — Reuters