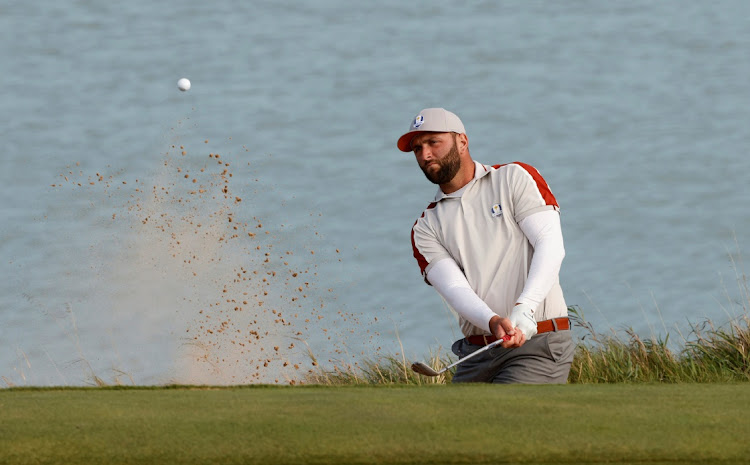 Jon Rahm is making his fifth career start at the Tournament of Champions this week, but his first as the No 1 player in the world to begin a year.

“It means you've done a good job, you've won a tournament and you've had a great year,” Rahm said of being in Kapalua, Maui, to begin the year. “So happy to be here, it's always a tournament I look forward to.”

It comes after a whirlwind two years during which Rahm has posted four wins and 19 other top-10s. Thirteen of those came last year — though he's quick to point out it would have been one more if not for a positive Covid-19 test taking him out while leading the Memorial after 54 holes.

Rahm was also the star for Team Europe despite his side's lopsided loss to Team USA in the Ryder Cup in September.

He played once during the Fall Swing, missing the cut at the Fortinet Championship, and then shut it down for the year after another missed cut at the Andalucia Masters in October.

In the middle of his outstanding two-year run, Rahm changed to Callaway irons last January, meaning he spent the previous holiday season working “harder than I've ever worked” to minimise the impact of his equipment change.

Rahm was burnt out.

“I needed a break. Not only for me but also for my family. We all endured it together, and I just wanted the time to be a dad and be a husband and just be there for my wife and my son.”

After more than two months since last teeing it up in competition, Rahm said he feels great mentally and physically.

The Spaniard also has a target on his back as the No 1 player in the world. It's a place he maintained to end the year thanks only to second-ranked Collin Morikawa shooting a 76 in the final round of last month's Hero World Challenge to finished tied for fifth.

Rahm insists he's not working to protect his place atop the Official World Golf Ranking. He claimed his first major at last year's US Open, but it also proved to be his only stroke-play victory of the year.

Rahm's goal is to improve on last year across the board.

“I would gladly take a bit more of inconsistency but have more than one win,” he said. “So it all depends on how you categorise it. And I could tell you at the end of the year how I think about it.” — Field Level Media