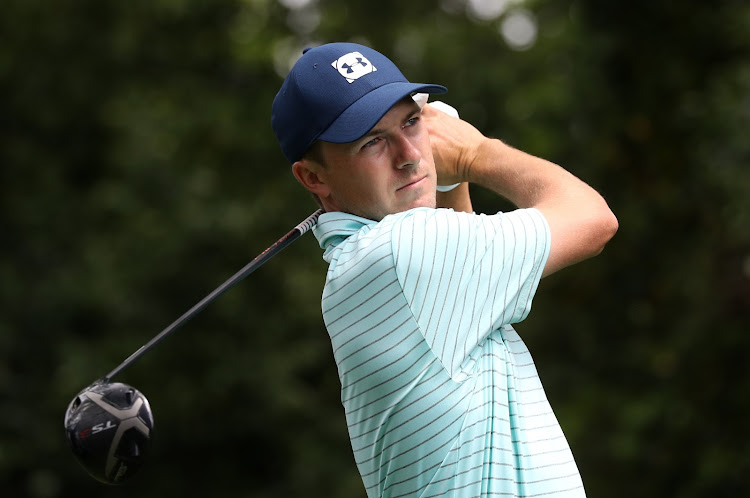 Twelve months ago, Jordan Spieth could only watch on television as his counterparts met at the year-opening Tournament of Champions in Hawaii.

Despite an expanded field after the PGA Tour's three-month hiatus at the start of the coronavirus pandemic, Spieth had failed to qualify for the event in Kapalua, Maui, for the third consecutive year.

Mired in an elongated drought, Spieth had fallen to No. 82 in the world entering 2021 after failing to finish better than T30 in his final 10 events the previous year.

“I could actually pinpoint an exact time frame where I thought, 'Wow, things seem to be getting off and I'm not really sure how to fix it,” Spieth said. “And then there was just years of a couple years of just misdirection, I think.”

Spieth would fall as low as 92nd after missing the cut at the Farmers Insurance Open to begin his 2021 campaign. But then things started to fall into place quickly.

He was in contention on Sunday in consecutive weeks before finishing T4 in Phoenix and T3 at Pebble Beach. Spieth posted three more top-15s in four events before breaking through at the Valero Texas Open for his first victory since 2017.

He admitted that qualifying for this week's event was on his mind down the stretch on Sunday.

“It was something I thought about during the final round, to be honest, and I had to kind of throw it out of my head because I had thought about it a couple other times during previous events in the season when I had leads on Sunday,” he said.

“And it just adds a little extra to it when you're not ... when you take your focus off of just closing out a tournament.”

Spieth went on to post two more runners-up and earned a spot on the US Ryder Cup team that dominated Team Europe at Whistling Straits in September.

He has only competed twice since then, finishing T18 at The CJ Cup @ Summit and 20th at the Hero World Challenge. Spieth spent the holidays trying to keep his game sharp while also adjusting to becoming a father for the first time.

Now he's back in Hawaii, eager to build on his bounce-back 2021.

“If you told me what last year was going to be at this time last year I would have said I'm obviously very pleased,” he said.

“But I can also look back and say, I really wish I had won three or four events, given the amount of times I had a chance on Sunday.

“It was just trying to be a little bit sharper, scoring clubs and just misses being a little tighter and just making a few more putts on Sunday and stuff I've done in the past. Just trying to get back to where when in those positions I can capitalise more often this year.”

Spieth won the Tournament of Champions in 2016 and also has a runner-up finish at the event. He sees it as a great springboard into the upcoming West Coast swing and the rest of the year.

“Qualifying for this tournament is obviously a No. 1 goal on the year you want to win on the PGA Tour and to get here you have to do that,” he said. “I've always embraced the opportunity to come down here to Hawaii.

“It's also an opportunity to get off to a good start to the season.” — Field Level Media