Sakkari struggles against Zidansek but reaches Adelaide second round 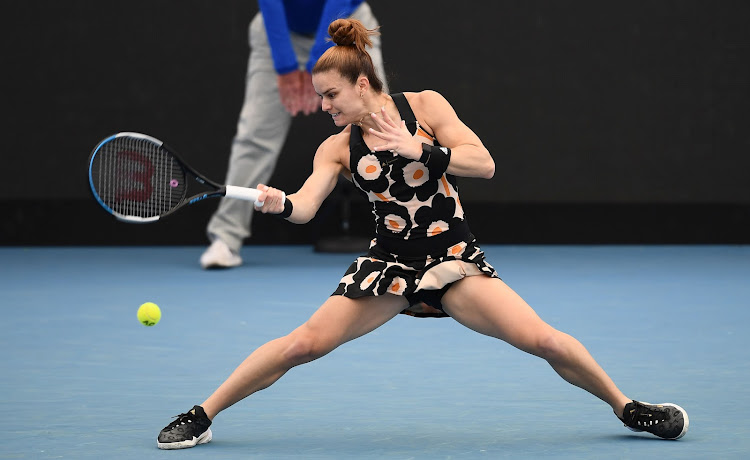 Maria Sakkari of Greece plays a forehand in her match against Tamara Zidansek of Slovenia during day two of the 2022 Adelaide International at Memorial Drive on January 3, 2022
Image: Mark Brake/Getty Images

World number six Maria Sakkari advanced to the second round of the Adelaide International at Memorial Drive on Monday by grinding out a 6-2 0-6 6-4 victory over Slovenian Tamara Zidansek.

“It didn't feel great to be honest, it wasn't a good match from my side,” said Sakkari, who reached the semifinals at the French and US Opens last year.

“But I found a way to win and sometimes that's enough and I'm excited to be in the second round.”

Sakkari, ranked third at Adelaide, won a first set that was more keenly contested than the scoreline suggested before slumping dramatically in the second.

Zidansek broke serve in the first game after Sakkari's unsuccessful challenge of a line call on the final point and backed that up by holding her own serve then breaking the Greek again to lead 3-0.

The Slovenian continued to punish the Greek's struggles on her own serve and claimed the second set without dropping a game.

Sakkari secured an early break in the third set to get back on track and while Zidansek fought back hard the Greek player eventually booked her place in the next round with another break in the final game.

Defending champion Iga Swiatek from Poland will face a qualifier in the opening round while top ranked Ash Barty and Aryna Sabalenka have received byes to the second round of the $848,000 event, a warm-up for the Australian Open, which begins in Melbourne on January17. — Reuters