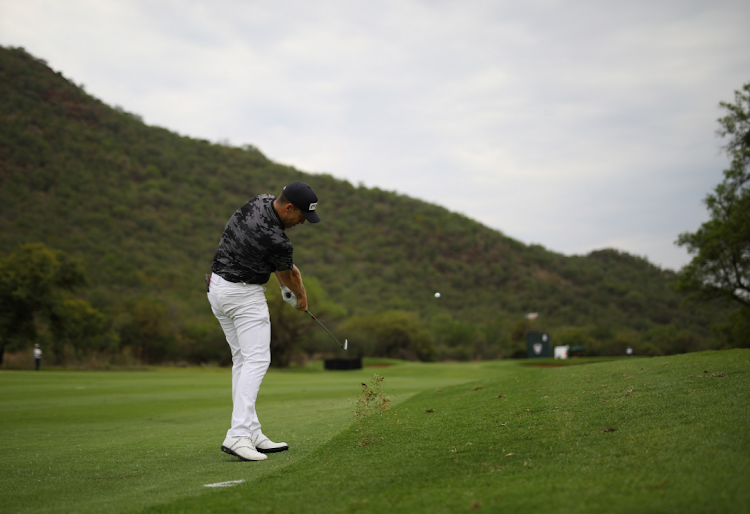 Oliver Bekker and Neil Schietekat lead the race to claim one of SA golf’s most coveted trophies after they opened with rounds of seven-under-par 65 on the first day of the SA Open Championship at the Gary Player Country Club at Sun City on Thursday.

Bekker and Schietekat are tied for the lead and one stroke clear of Bryce Easton and Lyle Rowe.

And with in-form Heinrich Bruiners and Hennie du Plessis in a group two shots back, multiple winner Justin Harding three strokes off the lead, and defending champion Christiaan Bezuidenhout, PGA Tour campaigner Dylan Frittelli and rookie professional Martin Vorster five shots back, the next three days are bound to live up to the history of this championship.

Even GolfRSA amateur Werner Deyzel has given himself a great chance with an opening round of three under as he leads the chase for the Freddie Tait trophy for top amateur.

For now though, both Schietekat and Bekker are more than happy with the targets they’ve set after day one.

“I’m very pleased with how it went,” said Bekker.

“The weather was a bit on and off with the rain and I didn’t really know what to expect, but luckily it stayed pretty good and I managed to capitalise.

“I got off to a great start with birdies at the first three holes and I just played nicely from there. I hit a lot of good iron shots and kept the ball in play.”

Schietekat played in the afternoon and took advantage of magnificent conditions.

“I was one over early in the round and the scores were pretty good in the morning, so I put a bit of pressure on myself. I threw in a couple of birdies straight after that bogey. I hit some good shots and the course was nice and soft, so I enjoyed every minute,” he said at the course where he won the 2018 Sun City Challenge.

“I think it’s the best golf course in the country. It obviously helps that I’ve won here. But I love the course. When they moved the SA Open to the Gary Player Country Club I always thought I’ve got a chance of winning it here.”

As their nearest challengers, Easton and Rowe relied heavily on strong iron play to work their way into contention.

“I hit a lot of good iron shots today [Thursday]. I hit a few close and that didn’t leave me too much work to do with the putter. It was quite cool to be dialled in like that. My iron play definitely gave me a lot of opportunities,” said Easton.

It was a similar theme from Rowe, who won on this course as recently as October.

“It’s just such a good course, and it’s in great condition. If you give yourself a chance on these greens you’ll make putts. I hit my irons really well and that gave me a lot of birdie chances.”