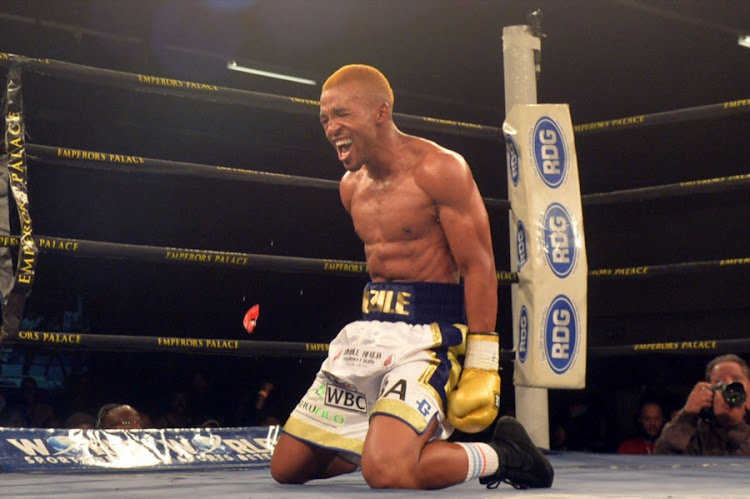 Azinga Fuzile’s world title challenge fizzled out in the face of Kenichi Ogawa’s right-handed assault in New York on Sunday morning (SA time) as he lost a unanimous decision after three visits to the canvas.

Two judges scored the fight 115-110 and one had it 114-111 in favour of the 33-year-old Japanese fighter who lifted the vacant IBF junior-lightweight title.

The Tokyo-based brawler landed a right in the fifth round that had Fuzile wobbling against the ropes. The Duncan Village, East London, boxer initially held onto a rope to keep himself upright, but as he saw Ogawa moving in he had the presence of mind to take a knee.

Fuzile went down twice in the final 12th round, both after he had been rocked by rights. By that stage he had bled from the nose and cuts above both eyes, one of them coming from a clash of heads late in the 10th round.

Yet had Fuzile, dubbed the Golden Boy, won that last round with a knockdown, he might have edged the bout.

But apart from a well-timed counter left that buckled Ogawa’s knees late in the third round, the SA southpaw never looked like dropping his opponent.

Fuzile was slick, possessed great reflexes and slipped a lot of punches with his shoulder roll, which obviously impressed the judges, but he suffered his age-old problem of not throwing enough punches.

Fuzile fought in punctuation marks while Ogawa was the one trying to bash out full sentences; there are times Fuzile scores better spelling his full name out on a Scrabble board.

And when Fuzile finally started to advance in the eighth round, he looked effective. If he can up his workrate and throw more combinations, he could yet become a force in world boxing, although he will have to protect his chin better as well.

Instead, he’s heading back to the drawing board.