Alonso back on the F1 podium after record seven-year gap 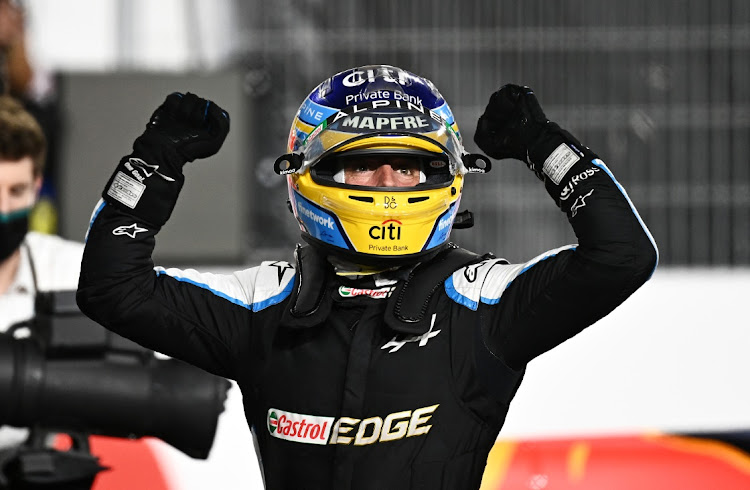 Fernando Alonso had feared he might never stand on a Formula One podium again until the inaugural Qatar Grand Prix ended a record seven-year wait on Sunday and saw the double world champion hailed as driver of the day.

The 40-year-old Spaniard finished third at the Losail circuit for Renault-owned Alpine to cap his comeback season after two years out.

The last time Alonso stood on the podium was as a Ferrari driver in Hungary in 2014, when he finished second, and the 105 races between successive podiums was the longest gap yet for the sport.

To put the wait into perspective, the last time fans saw Alonso on the podium was before Red Bull's current 24-year-old championship leader Max Verstappen — second on Sunday — made his Formula One debut.

“Finally. We were very close on a few occasions and I was just wondering if I will get one podium again in my career, or not,” said Alonso. “You never know what is going to happen next year.

“I'm happy that we took this one and let's see if we can keep the momentum for next year.”

Alonso won his titles with Renault in 2005 and 2006 and has 32 wins to his credit — putting him sixth on the all-time list — with the last coming in 2013 when he finished runner-up in the championship with Ferrari.

He moved to McLaren in 2015 in what turned out to be a nightmare partnership with Honda and left at the end of 2018 — going off and winning the Le Mans 24 Hours twice and competing in the Dakar Rally and Indianapolis 500.

He returned to F1 this year with renewed energy at the renamed Renault team.

While French team mate Esteban Ocon took a surprise victory in Hungary in August, Alonso's fourth in that same race was his best showing so far this season.

He started third on Sunday after Verstappen took a five-place grid penalty and Mercedes' Valtteri Bottas dropped three from third.

Alonso made a strong start to seize second place from AlphaTauri's Pierre Gasly, before ceding to Verstappen, and dropped to fourth until Red Bull's Sergio Perez pitted and he stayed out.

An anxious late phase on worn tyres was then eased by a virtual safety car.

“Seven years, but finally we got it,” he said before celebrating with former McLaren team mate Lewis Hamilton, now a seven-times world champion at Mercedes, who took his 102nd career win. “I was waiting so long for this. I am happy.” — Reuters