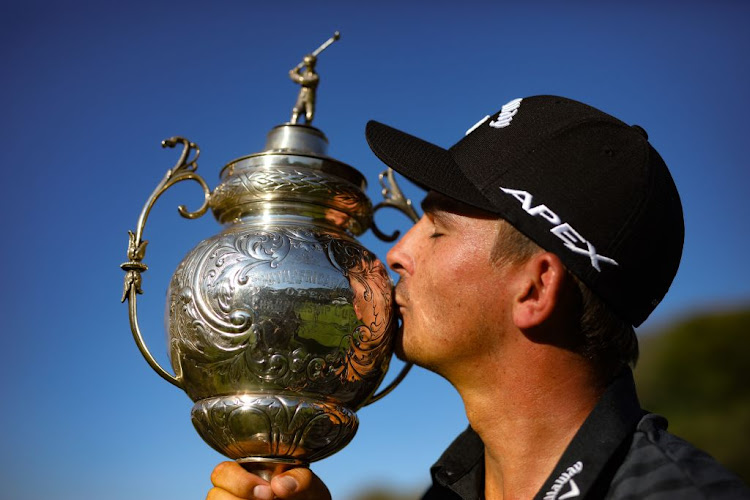 Christiaan Bezuidenhout with the SA Open Championship title he won at the Gary Player Country Club in Sun City last year. He returns this year to defend it.
Image: Carl Fourie/Gallo Images

Christiaan Bezuidenhout will achieve another milestone in his already impressive golf career when he makes his first title defence as a defending champion in the SA Open at Sun City’s Gary Player Country Club next month.

Bezuidenhout won last year’s SA Open in a golden summer for him in which he also won the Alfred Dunhill Championship at Leopard Creek.

The PGA Tour campaigner says he’s particularly looking forward to returning to Sun City and defending his title from December 2-5.

“It was really special to tick the goal of winning the SA Open. I came close to winning it in 2016, but it wasn’t my time then. To have done it last year and put my name on that trophy alongside so many of my golf idols is amazing.

“This will be the first tournament in my career where I’m defending, so I’m really looking forward to it. I really like the golf course and the atmosphere at Sun City.”

Bezuidenhout said he believes strongly in coming back to support the Sunshine Tour events, particularly the second oldest national open in golf.

“It’s always important to give back in this game and to never forget where you come from, and the path you took to get where you are now. I will always go out of my way to try and support the SA events as best as I can.”