Scrap the Australian Open 'for the people', says Kyrgios 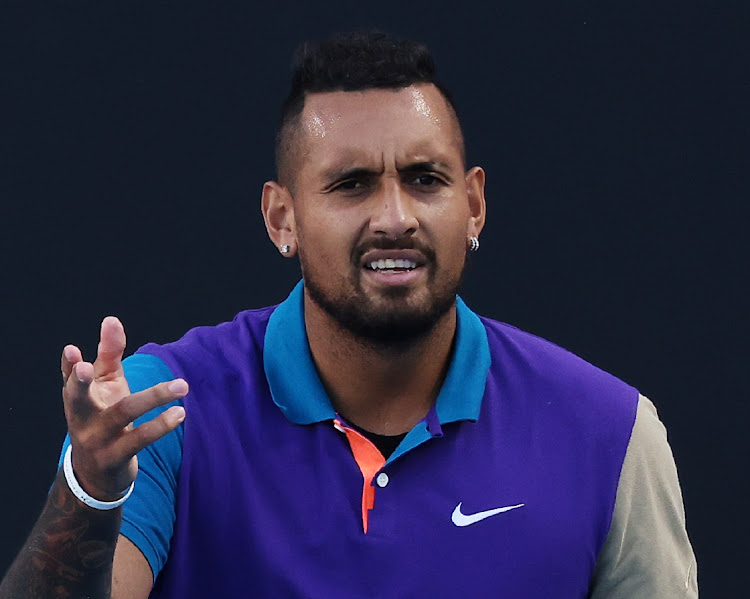 Tennis maverick Nick Kyrgios has called for the Australian Open to be cancelled out of solidarity for the people of Melbourne, but said that if it goes ahead, unvaccinated players should be welcome at his home Grand Slam.

The 26-year-old noted on his podcast “No Boundaries” how tournament host Melbourne had endured the longest cumulative lockdown for any city since the outbreak of Covid-19.

“I don’t think the Aus Open should go ahead, just for the people in Melbourne — you’ve got to send a message,” Kyrgios said.

“How long did (Melbourne) do in lockdown? 275 days or something?”

Kyrgios also took aim at authorities who have pledged to block unvaccinated players from the Grand Slam in January while lending support to world number one and men's champion Novak Djokovic, who has declined to disclose his vaccination status.

“I'm double-vaxxed but I just don't think it's right to force anyone, yet an athlete, (and say) you can't come here and play because you're not vaccinated,” said Kyrgios, ranked 90th in the world.

" (NBA player) Kyrie (Irving), Novak, these guys have given so much, sacrificed so much.

“They're global athletes who millions of people look up to and I just feel like it's so morally wrong to force someone to get vaxxed.

“There's other solutions around it.”

Kyrgios said the tournament could follow the lead of American sports, including the National Basketball Association, which make unvaccinated athletes undertake Covid-19 tests before clearing them to play.

“You wait 15 minutes and you get a negative test and I think then you're allowed to play,” he said.

The sports minister of Victoria state, of which Melbourne is the capital, was confused by Kyrgios's comments but reiterated that unvaccinated players would be banned from the Australian Open along with unvaccinated fans and staff.

“I really like Nick Kyrgios and I cheer for him every time he plays and I certainly don't want to have beef with Nick Kyrgios but I actually couldn't follow the logic of his comments,” minister Martin Pakula said on Tuesday.

“We've had a long lockdown so the Australian Open shouldn't proceed? I'm not sure I follow that.

“I think the opposite applies.

“Melburnians, Victorians and, frankly all Australians, are absolutely gagging for major events.” — Reuters