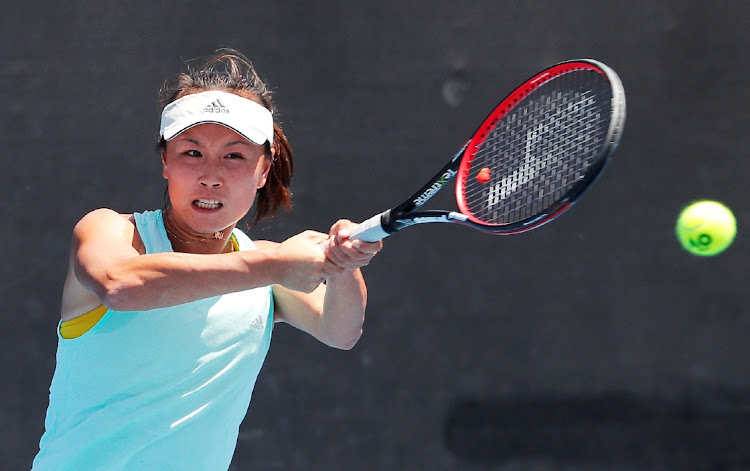 Stacey Allaster, the former-CEO of the Women's Tennis Association (WTA) who negotiated millions of dollars of rights deals with China, said the tennis world has put Peng Shuai's health and safety ahead of business.

As the WTA and ATP Tour seasons draw to a close this week with finals in Mexico and Italy, the tennis spotlight has focused on China with the women's governing body on Sunday calling on the Chinese government to investigate allegations of sexual assault made by Peng against a former vice premier.

Peng, a former-top ranked doubles player and one of China's biggest sporting stars, alleged on her Weibo social media account on Nov. 2 that Zhang Gaoli, who used to be a member of the Politburo Standing Committee — China's top decision-making body — coerced her into sex and they later had an on-off consensual relationship.

Peng, 35, said in the post, which was deleted about half an hour after it was published, that she could provide no evidence to back her allegations.

Concerns among the global tennis community have grown as Peng, the first Chinese player to top the world rankings when she was doubles number one in 2014, has not been seen since the post.

“Our sport is focusing on the health and safety of Peng Shuai, business is secondary,” Allaster, the CEO, Professional Tennis for the US Tennis Association (USTA) told Reuters on Monday before speaking at the Primetime Sport management conference in Toronto.

“It is tough and it also is tough for this very courageous young woman that has broken her silence and come forward with these allegations.”

Allaster would know better than most about the challenges of engaging with Chinese officials having served as the WTA's chairman and CEO from 2009-15, a period that saw women's tennis make a huge push into the China market.

China has been the focus of the WTA's expansion over the last decade and hosted nine tournaments in 2019 with a total of $30.4 million prize money on offer.

The season-ending WTA Finals had a prize purse of $14 million in 2019 when it was played in Shenzhen for the first time.

The Finals were cancelled last year due to the COVID-19 pandemic and moved this year to Guadalajara, Mexico but the WTA has said it will return to Shenzhen from 2022 until 2030.

“How this all that unfolds it is very difficult to say at this point but decisions will have to be made,” warned Allaster. “Steve Simon's (current WTA Chairman and CEO) statement made it clear that they need to fully support Peng Shuai.

“This is a very important moment for the WTA's business and history.”

What price, if any, tennis might ultimately pay for demanding an investigation of a former-top government official is uncertain.

In the past China has been quick to respond to criticism but China's State Council Information office and the Chinese Tennis Association did not immediately respond to requests for comment.