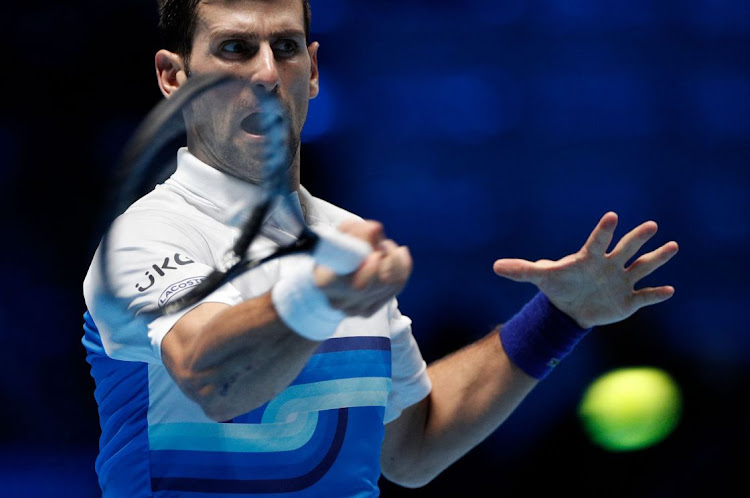 World number one Novak Djokovic began his quest for a sixth title at the season-ending ATP Finals with a 7-6(4) 6-2 victory over Norway's Casper Ruud in their round robin encounter in Turin.

Djokovic suffered a fall and lost his opening service game but recovered to find his rhythm against Ruud, who is making his debut at the event after five tournament wins this season.

“It was strange. I played a good forehand and came into the net and had a comfortable overhead. I slipped, tripped, dropped my racquet and lost my serve,” Djokovic said.

“The conditions here are tough. If you lose your serve, it's difficult to get it back. But I managed to stay in. I'm pleased with the way I handled the match.”

Ruud's powerful forehand helped him keep pace with Djokovic for much of the first set, but he was outplayed in the tiebreak as the 20-times major winner forced his 22-year-old opponent into a string of errors to take the opener.

It was plain sailing in the second set for Djokovic, who broke in the first game and dominated the longer rallies as Ruud struggled on serve before eventually going down in an 91 minutes.

“I was four or five when I saw Sampras play at Wimbledon for the first time. I asked for a racquet and fell in love with tennis. To know that I hold this record now, after Pete, it's incredible,” said the 34-year-old.

Rublev, who made his debut in the tournament last year when he lost a group match to Tsitsipas, has struggled of late for form but looked back to his best on Monday.

He did not even offer one break point opportunity as he claimed victory in 90 minutes.

“When you serve good, it's always the key,” Rublev said. “But it was not even just the serve. I was returning really aggressive, from the baseline I was also really aggressive. Today I played a great match and I'm really happy.”

Tsitsipas, the champion in 2019, had been troubled by an arm injury and refused to say afterwards whether it was still causing him problems against Rublev.

The French Open runner-up will need to bounce back against Ruud on Wednesday to stay in the hunt for a semifinal place.

“Despite the loss, I feel I will get more chances. I want to step it up and play better tennis next time.”

The ATP Finals divides the top eight players into two groups of four, with each player competing in three matches. The top two from each group advance to the semifinals.

“It is a format that most players are not familiar with because we don't get to play it very often with round-robin rules, and sets can be important,” Tsitsipas, who is making his third appearance at the event, said.

“I like it because it gives me chances and I can improve and get better match by match.” — Reuters