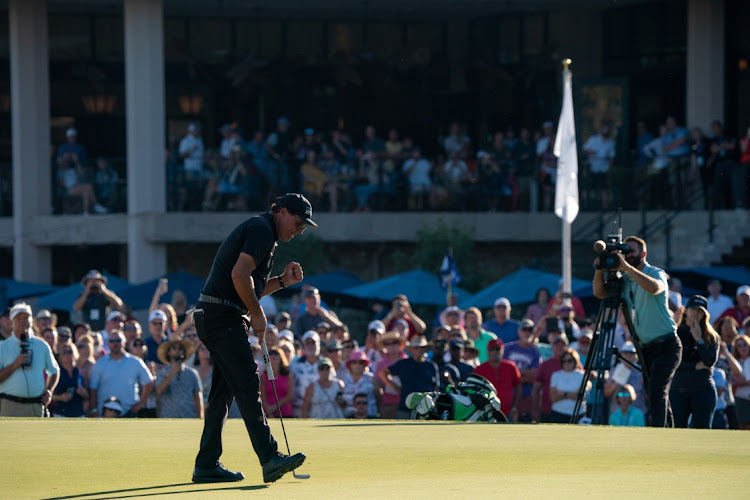 Phil Mickelson fired a final round, six-under 65 Sunday to earn a one-stroke victory at the Charles Schwab Cup Championship at Phoenix Country Club. But Germany's Bernhard Langer was the biggest winner of the day, as he secured the sixth Charles Schwab Cup of his career.

At 64 years old, Langer eked out another win in the season-long points race as Jim Furyk, his primary challenger, faltered down the stretch.

Furyk led the tournament after 54 holes and would have earned the cup with a first- or second-place finish, but he shot an even-par 71 Sunday and several players passed him by.

Langer, who was fighting through back pain earlier in the tournament, followed Saturday's crucial 63 with a 69 Sunday, which included an eagle at the par-four fifth hole. He placed 17th for the event at 12 under.

“I mean, how exciting was it coming down the stretch? Literally came down to the last shot,” Langer said. “If he would have eagled 18, he would be standing here lifting the Charles Schwab Cup trophy and he would be the winner.

“I'm literally overwhelmed with emotion. It was an up-and-down week for me. I had back issues earlier in the week, could barely swing the club. I was this close to pulling out and ground through it and made it and started playing a little better, so that was just incredible.”

Due to the Covid-19 pandemic interrupting the 2020 season, the Schwab Cup reflects a 2020-21 combined season.

Mickelson compiled a 19-under 265 to win his fourth Champions Tour title in six starts since he began playing the circuit earlier this year.

The six-time major champion had six birdies and no bogeys and finished a shot better than New Zealand's Steven Alker (final-round 67).

“To come out on top here was a special week,” Mickelson said.

“I want to congratulate Bernhard because he really is the gold standard for work ethic, discipline as well as talent and a great golf game. At 64, to win the season-long championship, that's pretty impressive, pretty inspiring.”

Mickelson said he would take the rest of the year off from competition but continue working on his game.

“We watch how hard Bernhard works on the course, right, but he works off the course just as hard,” Mickelson said.

“That's what I've got to do this off season to make sure that I'm maintaining speed, maintaining fitness to where I can practice and work as hard as I need to to play and hopefully have another moment like I had in this year's majors.”

Furyk only managed one birdie on his front nine but was hanging about in contention before bogeys at Nos 10 and 13 set him back.

Furyk finished second in the points race, with Spain's Miguel Angel Jimenez coming in third. Jimenez posted a bogey-free 64 and joined a large tie for seventh at 15 under that also included Paul Goydos, whose 63 was the round of the day. — Field Level Media