Rory McIlroy: Game 'not that far away' from No 1 form 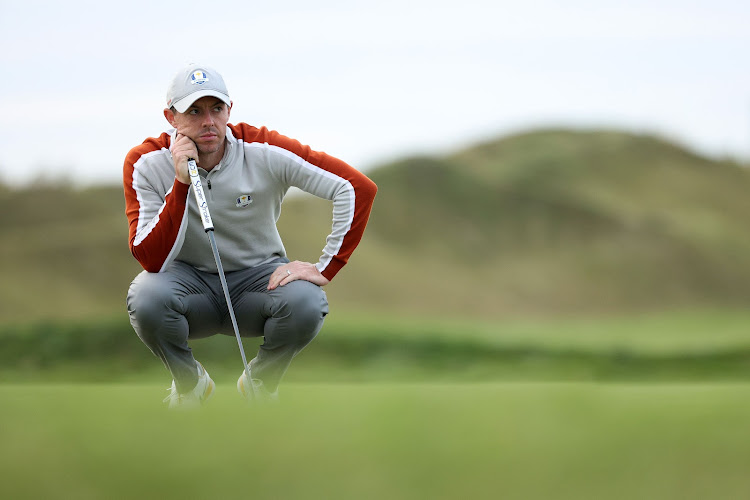 Rory McIlroy was the No. 1-ranked golfer in the world when the Covid-19 pandemic arrived in early 2020. Now 14th in the rankings, the star from Northern Ireland doesn't feel he's far off from regaining his old form.

"I think when I play my best, I'm the best player in the world," McIlroy said  ahead of his 2021-22 season debut at the CJ Cup in Las Vegas.

"Haven't played like that for a while, though, but I don't feel like I need to go that far back to whenever the pandemic hit, whatever it was, 18 months ago, I was the No. 1 player in the world. I don't have to look that far back to see my name at the top of the rankings."

McIlroy, 32, won his second FedEx Cup a little more than two years ago in 2019. After the 2020 calendar year came and went without a victory, McIlroy ended that drought in May by winning the Wells Fargo Championship.

The four-time major winner acknowledged the level of competition on the PGA Tour goes up year after year and he's doing his best to keep apace.

"Obviously the last 18 months haven't been what I've wanted them to be, but if you keep it in perspective, I'm not that far away," he said.

"And there's a ton of great players now that play obviously really, really good golf. I feel like the talent pool is just getting deeper and deeper every year, so you have to strive to keep trying to get better to stay where you want to stay."

But one of his missed cuts came at the Masters in April, and a frustrating performance at the first leg of the FedEx Cup Playoffs, the Northern Trust in Jersey City, New Jersey, led him to proclaim later that he'd thrown his three-wood onto the New Jersey Turnpike.

Perhaps most importantly, McIlroy hasn't clinched a major title since 2014.

"I think sometimes I give myself too easy of a time and I try to play it off with, you know, golf doesn't define me and I've got balance in my life and I'm happy away from the course, and that's obviously very true," he said.

"But if I'm honest, sometimes I sort of maybe use that as a way to lessen the blow if I don't play good golf."