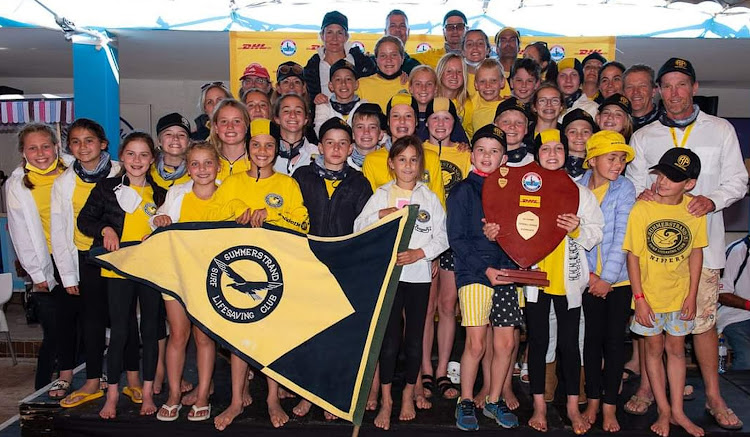 Gqeberha’s Summerstrand were crowned the overall DHL SA Lifesaving national champions in Gqeberha on Saturday and the club has its incredible nippers to thank for the victory.

The nippers crushed the opposition in the surf and pool, scoring more than double the next best in totalling 710 points in the surf and 611 in the pool in the most comprehensive and complete collective display.

The points of the masters, who completed the championship’s schedule on the final day, do not count towards the overall title, but Summerstrand’s veterans were as imposing in the pool as their record-breaking nippers were earlier in the week.

More than 1,000 of the country’s lifesaving specialists competed in the surf and sand at Kings Beach and the pool at Newton Park.

Clifton Lifesaving Club won the senior and junior surf championship and Tuks, with SA national champion Johan Lourens, Robbie le Roux and Andries Mouton to the fore, dominated the pool seniors, while Tuks’s Kendra du Toit (17-18-year-olds) and Tovre van Zyl in the female open division were the pick of the pool winners.

The nationals usually attract close to 2,000 athletes, but with uncertainty over Covid-19 and the cancellation of the 2020 event because of Covid-19, several prominent names from especially the KZN clubs did not participate.

The absence of these KZN stars had an impact on the overall club performance, with the KZN clubs of Durban Surf, Marine and Umhlanga finishing outside the top three.

Fish Hoek was another of the traditional powerhouses that suffered because of the absence of many regulars, but still finished third overall.

Individually, Durban Surf’s athletes produced some of the biggest wins, with the club’s Wade Krieger sharing the senior surf athlete of the tournament title with Kings Beach’s Keegan Cooke.

De Jager is among a select group who will represent SA at the Africa Games in Egypt from December 1-5.

Durban Surf’s Matthew Allen won the boys U15 division, with three golds and a silver, and club teammate Dayna Deeble won the girls U15 division.

Umhlanga’s Samuel Norton was sensational in winning gold in all four of his events to claim the overall U19 title and Umhlanga’s Sasha Corris, a Team SA regular, also enjoyed a strong championship.

On the final day, Saturday, Summerstrand’s Tracy Gous did as she always does at the championships, winning gold in the masters.