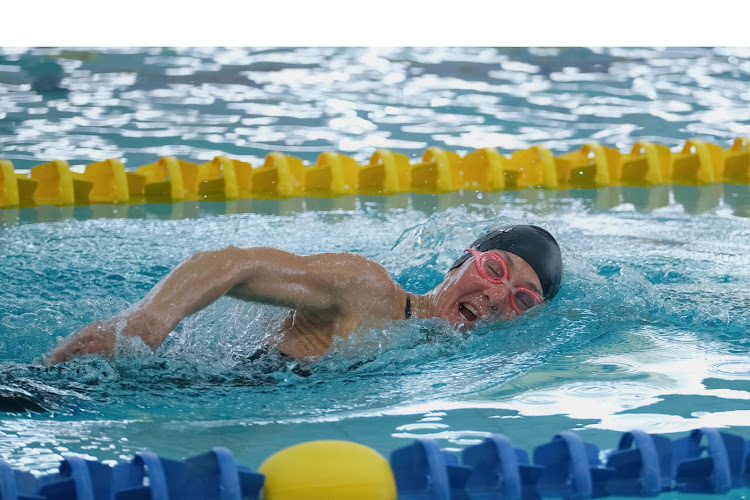 Summerstrand’s Tracy Gous did as she always does at the DHL Lifesaving SA Championships she won gold in the Masters in Gqeberha.

Gous, competing in the 40-44 years old section, showed nothing had changed in between wins in 2019 and 2021, with last year’s national championships cancelled because of Covid-19.

Summerstrand’s nippers had been the big stars earlier in the week in the pool and it was also a case of ‘local is lekker’ with Kings Beach’s Keegan Cooke was named male athlete of the surf championship, along with Durban Surf’s Iron winner Wade Krieger.

The local athletes continued to excel on the final day in the Masters event, with Gous consistent in performance.

It was a case of the old and the new flourishing in the pool with veteran Tuks' Johan Lourens superb and Basson equally impressive.

Lourens is just 25 years-old but in the competitive sport of lifesaving that means he has been about for more than a decade.

He is Team SA's top pool specialist and will lead the charge in the Africa Games in Egypt from Dec. 1-5.

Lourens is also expected to feature prominently at the World Games in Birmingham, England, in 2022 and he has already qualified for the Games in the 100 LC Metres Manikin with fins.

Lourens, in tandem with Andries Mouton, also led Tuks to gold in the team events.

More than 1,000 of the finest nippers, juniors, seniors and Masters entertained and thrived at this year’s event and several national records were smashed in the surf and pool across all divisions.

Durban Surf's Amica de Jager, who made the biggest impact in the surf events earlier in the week and was named female surf athlete, continued to enjoy success in the pool.

The former Woodridge College star added a couple of silver medals to the six gold and one silver surf medals.

The boys trio of Elijah Dredge (Tuks), Len-Douglas MacKay (Bloemfontein) and Aiden Borman (Boksburg) were most impressive in the age group 15-16 years old and all of them enjoyed medal success in the week.

Clifton's Holly Cleworth, another of the surf stars, also excelled in pool with a team gold and individual silver in the female age group 15-16 years old, with Bloemfontein's Guila Lausberg winning individual gold and Nicola Harcus was a familiar winner among the female 14 year-olds.

Tuks' Kendra du Toit was consistent in victory in the female 17-18 year-old section, Tuks' Tovre van Zyl was the pick of the winners in the female open division and  Durban Surf's De Jager, Sasha-Lee Corris and Kristin Bellinghan were prominent.

In the men's open category Lourens was his usual self, Andre Mouton had reason to cheer and Tuks's Robbie le Roux had a very strong and successful week.

Team SA for Egypt in December is: