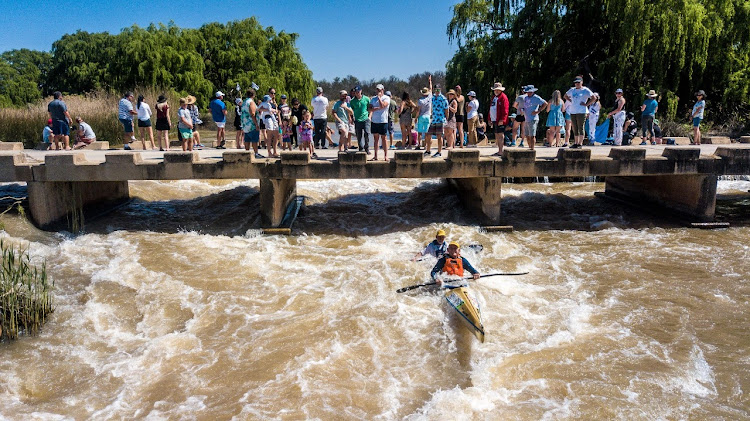 53-year-old Pretoria paddler Axel Marggraf died after falling out of his K3 canoe in Soutpansdrift rapid, while 31 year old Amanzimtoti resident Dean Chiazzari died after suffering a suspected heart attack after withdrawing from the race.

Fish River Canoe Marathon chairman Roy Copeman send his condolences to the families and friends of the two paddlers and said that the entire paddling community has been shaken by the double tragedy.

"No words can describe the pain we are all feeling at this time," said Copeman.

He praised the race rescue and safety personnel who responded quickly to both instances.

"Our safety teams and divers, together with a groups of volunteers assisting and seconders at the scene went to great lengths, risking their own lives, to assist in locating and reaching the missing paddler," said Copeman.

"The response was fast and effective but sadly we were not able to save the paddler.

Chiazzari withdrew from the race and was being transported back to Cradock when it is believed he suffered a heart attack.

"Again we were fortunate to have skilled personnel right on hand, but they were not able to resuscitate the paddler," Copeman said.

A full investigation into both tragedies will be carried out and the race cannot make any further comment on the matters until this is concluded. - Gameplan Media