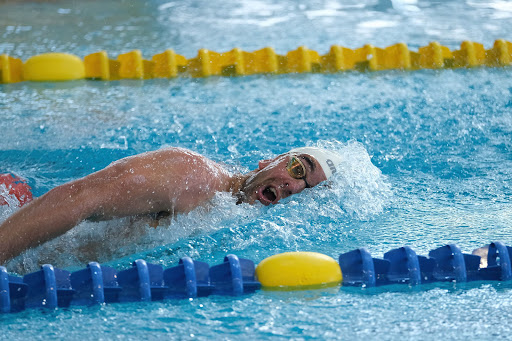 The Cooke family had plenty to cheer about at the DHL Lifesaving SA National Championship with their selection for Team SA’s participation in the ILS Africa Championship in Alexandria, Egypt, from December 1-5.

Kings Beach brother and sister Keegan and Chelsey Cooke were confirmed in the national squad after stunning performances earlier in the week when Keegan was also named the joint top male in the surf competition, along with Iron Man winner Wade Krieger of Durban Surf.

It has been a good week for Bay athletes in the surf and pool, with Summerstrand dominating in the pool among the Nippers and the club’s best athletes smashing several national records.

The juniors and seniors will compete in the pool in Newton Park, Gqeberha, for the rest of the week and Jessica Booth (Kings Beach) and Courtney Davidson (Summerstrand) were strong in finishing in second and third place, respectively, in the 200 LC Metres Obstacle.

Other winners in the 200 LC Metres Obstacle were Clifton’s Cloe Gershuny ( U14 girls), Tatum Botha (girls 15-16) and Kristin Bellinghan (Marine) in the senior women.

Durban Surf’s Amica de Jager, who won five individual golds, a team gold and a silver medal in the surf competition, showcased her ability in the pool with a second-place finish to Bellinghan.

De Jager was a natural Team SA selection for the Africa Championship, as was the 16-year-old KZN Umhlanga sensation (Tatum) Botha.

Willem Basson of the Bellville Lifesaving Club won gold in the 14 200 LC Metres Obstacle, with the boys 15-16 race a championship highlight with the top three of Aiden Bornman (Boksburg), Len-Douglas MacKay (Bloemfontein Sentraal) and Elijah Dredge (Tuks) all within the 2022 World Games qualifying times.

All three have already been included in the provisional Team SA squad for the World Games.

Team SA for Egypt in December is: