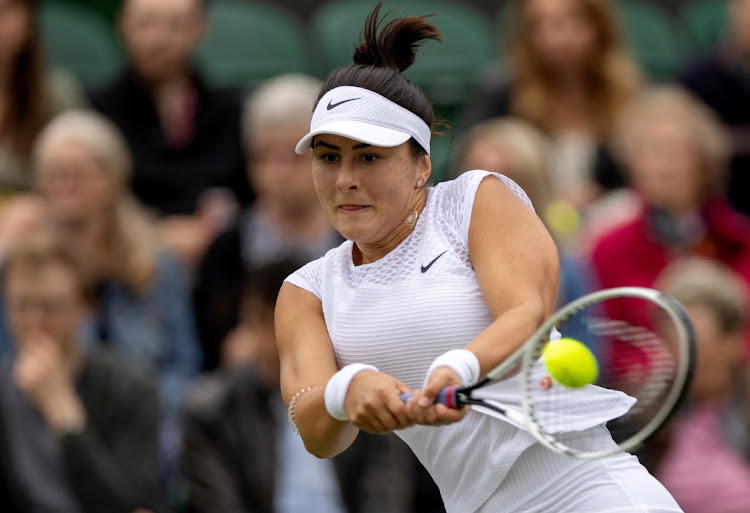 Bianca Andreescu said young players who achieve success should remain grateful because you never know what lies ahead, a fact the oft-injured 2019 US Open champion is all too familiar with.

The hard-hitting Canadian announced herself as a force in the game when, at 19-years-old, she defeated Serena Williams in the final at Flushing Meadows.

Soon after that triumph she faced a number of frustrating injury setbacks, but has since put together a solid season, highlighted by a run to the fourth round in New York last month.

"Always remain grateful, even if you're having huge success, because it can all be taken away from you in a split second," Andreescu told reporters ahead of the start of the tournament in Indian Wells, which she also won in 2019.

"For me, it was being injured right after (winning the US Open). That was really hard for me. I felt like I didn't savor it as much. That's one thing that I learned now that I wish I did back then."

"Don't let it go too much to your head," she said.

"Stay confident, obviously, but don't become stuck up. Stay humble, remain grateful and continue to work hard because as everyone says, it's easy to get to the top. But staying at the top, that's the hardest part."

Andreescu said she has needed to learn to stop dwelling on her own past successes to turn the page.

"The main thing this year for me was to stop looking in the past because that's what I was doing a lot and that's what was ruining me," she said.

"But I had to switch that mindset and start focusing on the present moment, because the past is the past." - Reuters