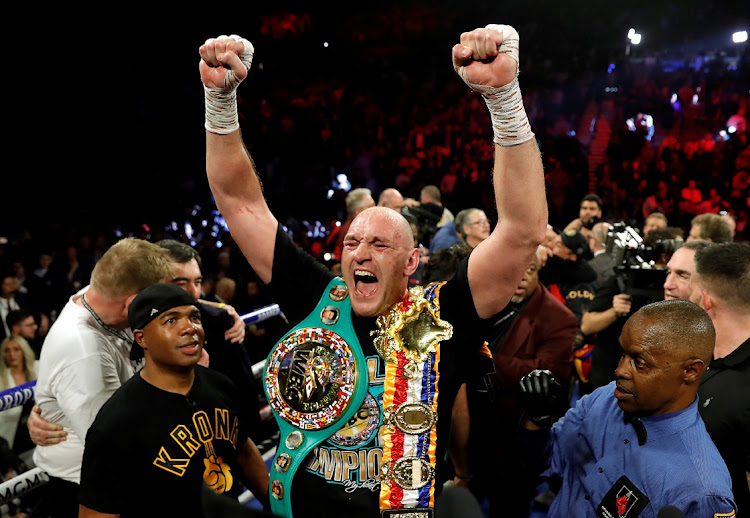 World heavyweight champion Tyson Fury's next fight after his title rematch with American Deontay Wilder in Las Vegas this weekend is likely to be in Britain, promoter Frank Warren said.

Fury, the WBC champion, completes a trilogy of fights against Wilder on Saturday.

The 33-year-old's last four bouts have been in the United States, with his most recent "home" appearance in Belfast in 2018, but Warren told the BBC he could see "a great homecoming" for Fury.

"If Tyson wins the fight we'll sit down. There's a few options there," he said. "Usyk would be a massive fight here. The Joshua fight is still a massive fight."

Fury had been scheduled to face compatriot Anthony Joshua in Saudi Arabia in August for a heavyweight unification title fight but an American arbitrator ordered the "Gypsy King" to first fight Wilder for a third time.

Joshua then lost the WBA, WBO, IBF and IBO belts to Ukrainian Oleksandr Usyk in London on Sept. 26. A rematch between those two is expected in February, 2022.

Warren had said after Joshua's defeat that a unification fight looked unlikely.

He told the BBC, however, that a meeting of the two would still be big box office.