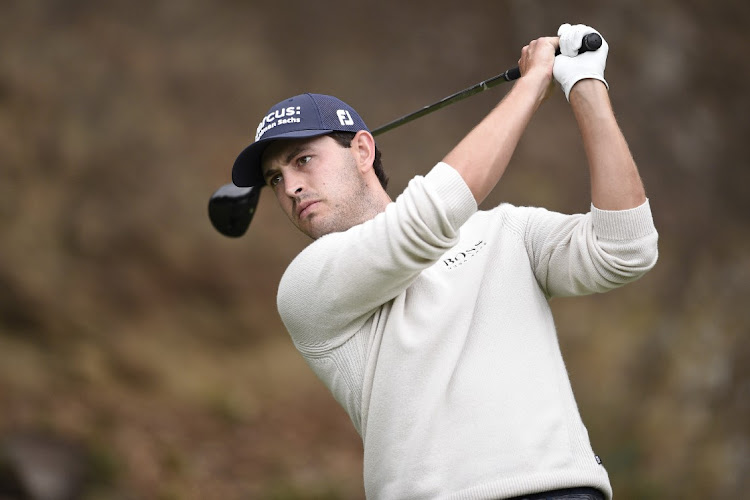 Patrick Cantlay tees off on the 18th hole during the final round of the Zozo Championship at Sherwood Country Club
Image: Kelvin Kuo-USA TODAY Sports

FedEx Cup winner Patrick Cantlay is the PGA Tour Player of the Year.

Cantlay, 29, led wire to wire at East Lake to claim the Tour Championship, capping a four-win 2021 that included $7,638,805 in official winnings plus $15 million as the FedEx Cup champion.

The PGA Tour Player of the Year wins the Jack Nicklaus Award and the honor is determined by vote of the Tour membership. Cantlay won despite a stellar year from Jon Rahm, who was a finalist along with Bryson DeChambeau, Harris English and Collin Morikawa.

"The fact that it's voted on by my fellow PGA Tour players, I think that means a lot to me," Cantlay said Tuesday. "It wasn't something that I necessarily thought was on the radar middle of the year, but then I closed really well and played a lot of really nice golf towards the end."

From a full year off and the verge of retirement in 2016, Cantlay won the Zozo Championship, Memorial Tournament and BMW Championship before closing out the season with the Tour Championship victory.

"On behalf of the PGA Tour, I would like to congratulate Patrick Cantlay on being honored as the 2021 PGA Tour Player of the Year," said commissioner Jay Monahan.

"Receiving this award through a member vote reflects the respect his peers have for Patrick. His play throughout 2020-21 was phenomenal, and in stepping up to win consecutive FedExCup Playoffs events and the FedExCup, Patrick was at his best when it mattered most in our season."

No player has won four tournaments in a season since Justin Thomas in 2016-17. Cantlay also finished runner-up at The American Express and had seven top-10 finishes in 24 starts this season.

Cantlay beat Rahm by one stroke at the Tour Championship and previously knocked off DeChambeau in a six-hole playoff at the BMW Championship.