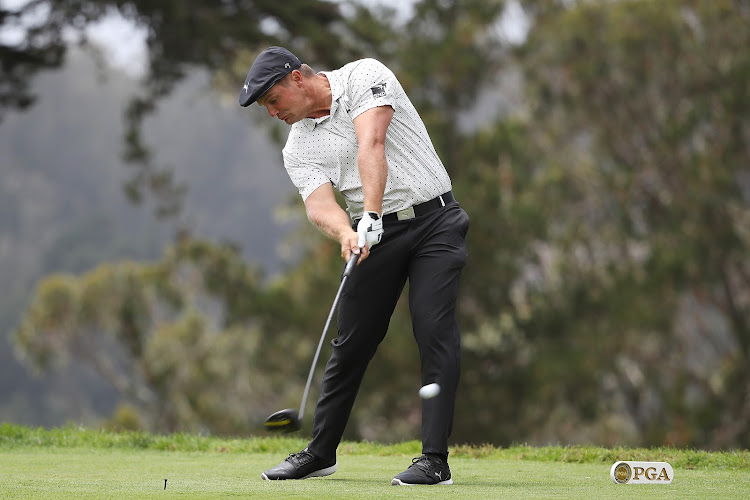 Bryson DeChambeau said he has “wrecked” his hands by training for long-drive contests, as the American ramps up his preparation for next week's Ryder Cup.

The world number seven will make his second appearance at the Ryder Cup, a biennial team competition between the US and Europe, which will be held at Whistling Straits from Sept. 24-26.

After the Ryder Cup, he will travel to Nevada for the Professional Long Drive World Championships from Sept. 27, becoming the first full-time PGA Tour professional to compete in the event.

DeChambeau, who packed on 20 pounds of muscle last year and is the longest hitter on the PGA Tour, said the long drive training had taken a toll.

“My hands are wrecked from it,” the 2020 US Open champion told Golf.com. “People don't realise how difficult long drive really is. In golf, it's the one thing where you can judge your accomplishments by a number.

“It's like a shot-putter shot-putting a new record number. You're trying to find that full potential to break through.”

DeChambeau earned an automatic spot on the US team and said while it was “daunting” to balance his Ryder Cup preparation with his long-drive training he had learnt how to balance it.

“I do it every week,” he said. “At first, when I was trying to do it last year, it was very scary.

“But now that I've been through it and experienced the worst pains from it, and the most relaxed state of it where I'm not doing any speed training, I know how to kind of balance it — for the most part.