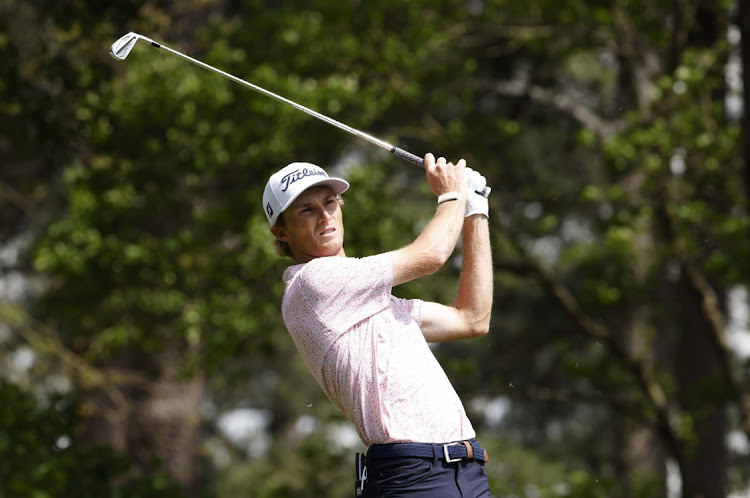 Will Zalatoris of the US
Image: JONATHAN ERNST / REUTERS

Will Zalatoris was named PGA Tour rookie of the year on Monday in a vote by his peers following a season in which he counted a Masters runner-up showing among his eight top-10 finishes.

Zalatoris was selected for the Arnold Palmer Award over SA's Garrick Higgo, making the 25-year-old American the first PGA Tour special temporary member to win rookie of the year honors since Charles Howell III in 2001.

"This was something that two years ago wasn't even on my radar," Zalatoris said at Silverado Resort in Napa, California, where he is competing in the PGA Tour's season opener this week.

"I guess when we were sitting around in Covid for four months this was not even a goal just because I didn't think I was going to be playing on the PGA Tour. The fact that I accomplished it, obviously over the moon."

Zalatoris earned a spot in the 2020 US Open last September after changes to the tournament's eligibility criteria and finished in a tie for sixth.

He competed in all four majors in 2021, three World Golf Championships events and The Players Championship, with top-10 finishes in three of those eight tournaments.

Zalatoris was the only player to shoot under par in all four rounds at Augusta National in April but his bid to become the first Masters debutant since 1979 to slip on the Green Jacket came up short as he finished one shot behind Hideki Matsuyama.

"Will's success despite not having PGA Tour membership status at the outset of the 2020-21 season is a testament to not only his ability but also his hard work and attitude," PGA Tour Commissioner Jay Monahan said in a news release.

Higgo earned his full PGA Tour membership after winning the Palmetto Championship at Congaree in June but did not finish better than a share of 41st in seven other starts on tour. He also competed at the Tokyo Olympics where he tied for 53rd. - Reuters