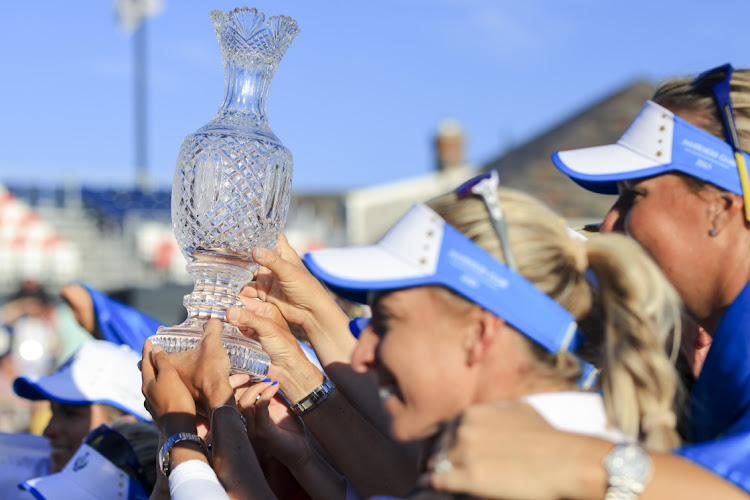 Team Europe did enough to hold off Team USA and win the 2021 Solheim Cup at Inverness Club in Toledo, Ohio, successfully defending the title for only the second time in history.

Europe entered the day up 9-7 and finished up 15-13 after the two sides split 12 singles matchups. Europe needed 14 points to retain the trophy, while 14½ points were needed by either team to win it outright.

It is the second time Europe has won the cup on US soil. Europe's previous away win was in 2013.

Finland's Matilda Castren secured the trophy with a 10-foot par putt on 18. The putt nailed down Castren's 1 up win over Lizette Salas, and gave Europe its decisive 14th point.

"It's just crazy, crazy," Castren said. "I can't believe I made that putt. I knew it was important. I knew it was going to break a little bit left. Me and (my caddie) read the putt perfectly and it went in. It's just such an amazing feeling, and so proud to be part of this team."

Ireland's Leona Maguire earned the first point of the day for Europe with a convincing victory over Jennifer Kupcho 5 and 4.

Maguire went undefeated over the three-day tournament. She won 4½ points for her team out of five possible points.

Europe won the next two matches, with Sweden's Madelene Sagstrom winning 3 and 2 over Ally Ewing and Celine Boutier defeating Mina Harigae 5 and 4. The victories gave them a cushion down the stretch, forcing the Americans to play from behind.

Anna Nordqvist of Sweden and Lexi Thompson halved their match, as did Denmark's Nanna Koerstz and Austin Ernst.

The only American to win one of the first seven matches was Nelly Korda, who defeated England's Georgia Hall 1 up.

Brittany Altomare, Megan Khang, Yealimi Noh and Jessica Korda all won their singles matches for the US.

The United States now holds a 10-7 advantage all time.