Young Fernandez has a 'great future', says Kerber after US Open loss 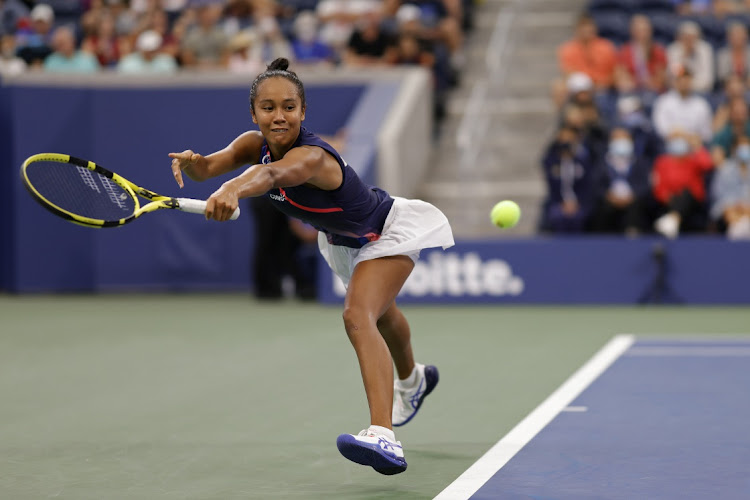 Leylah Fernandez of Canada reaches for a backhand against Angelique Kerber of Germany on day seven of the US Open at USTA Billie Jean King National Tennis Center in Flushing, New York on September 5, 2021
Image: Geoff Burke-USA TODAY Sports

Leylah Fernandez has had a great start to her career and the teenager has a big future, former champion Angelique Kerber said  after losing 4-6 7-6(5) 6-2 to the Canadian at the US Open.

Fernandez, who turned 19 on Monday, knocked out defending champion Naomi Osaka in the third round and then reached a Grand Slam quarter-final for the first time with her win over the German.

"If she plays like this, consistently plays the whole year, the next tournaments like this, the next rounds, I think she has a great future," Kerber told reporters.

"She has a lot of power in her forehand and she's going for her winners. I think she's always also enjoying her tennis out there, it was a tough match. I think she can go really far in the next few years."

Kerber, who won the 2016 title at Flushing Meadows, said Fernandez's tactics reminded her of herself, especially her approach on serve and the next ball.

"I have been through a long career with a lot of up-and-downs," the 33-year-old added. "It's just experience you have to go through.

"Of course when you reach your first quarter-finals in a Grand Slam, it's always a lot of emotions. She had nothing to lose today and I think she's enjoying her tennis ... it's just a start of a great career."

Olympic bronze medallist Elina Svitolina stepped up her bid to secure a first major title when she produced a ruthless performance to dispatch Simona Halep 6-3 6-3 in the fourth round.

Following the shock exits of pre-tournament favourites Ash Barty and Naomi Osaka, fifth seed Svitolina will be among those whose chances of triumphing at Flushing Meadows have been boosted and she made sure she stayed in the hunt by getting rid of another multiple Grand Slam champion.

The 12th-seeded Halep, who triumphed at the French Open in 2018 and at Wimbledon a year later, won an epic 33-shot rally in the second game but a dozen unforced errors in the first set handed Svitolina the upper hand.

With the set tied 3-3, the Ukrainian fended off two break points to hold serve, prompting the frustrated Romanian to fling her racquet to the ground.

"In the first set the key game was coming back from 15-40 at 3-All. It was really important to take one point at a time and fight to come back," Svitolina said. "I think it was really strong performance from me on the important moments."

Svitolina kept up the momentum in the second set, producing three aces and winning more than 80% of her first-serve points.

She survived a number of long rallies to break the two-time Grand Slam winner's serve in the seventh game on Arthur Ashe Stadium.

The Tokyo bronze medallist said she was thrilled to topple "big fighter" Halep as she hopes to reach her first Grand Slam final at Flushing Meadows.