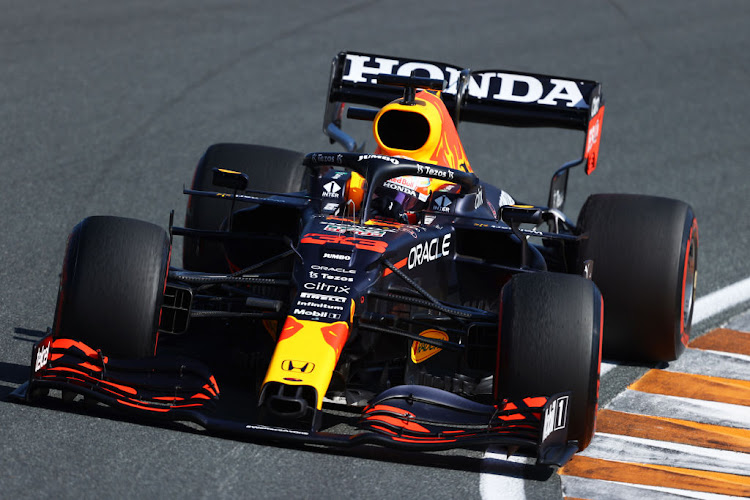 Max Verstappen on his way to victory at the F1 Grand Prix of The Netherlands at Circuit Zandvoort on September 05, 2021 in Zandvoort, Netherlands.
Image: Bryn Lennon/Getty Images

Max Verstappen won his home Dutch Grand Prix for Red Bull on Sunday and took the Formula One championship lead in front of a roaring, dancing army of fans celebrating with orange flags and flares.

Hamilton took a bonus point for the fastest lap but Verstappen is now three points clear of the Briton.