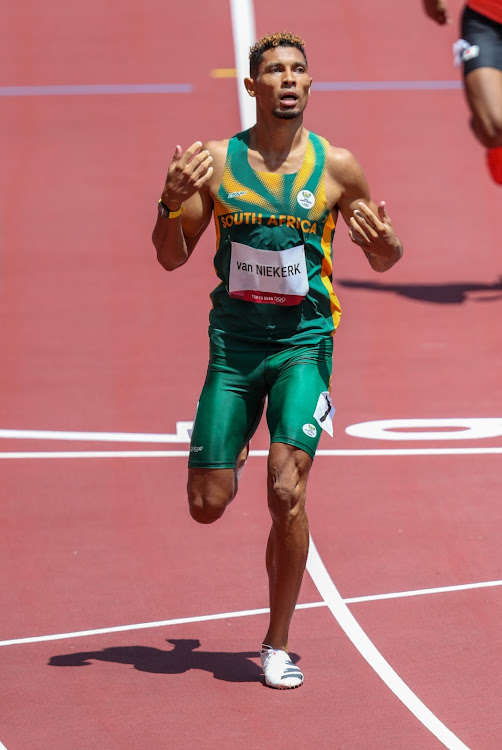 Defending Olympic 400m champion Wayde van Niekerk has been knocked out of the Tokyo Games after finishing fifth in his semifinal.

Of Team SA’s 13 medal contenders going into the showpiece, only swimmer Tatjana Schoenmaker converted with her double strike in the pool.

Eleven of SA’s prospects have missed the podium, and only the injury-hit men’s 4x100m relay team remains, although the odds are not in their favour.

Surfer Bianca Buitendag’s silver was unexpected, and Team SA will be praying for more success from the outliers, perhaps in the marathons or open water swimming. Ashleigh Buhai in the women’s golf tournament?

Van Niekerk needed to finish in the top two of his heat to qualify automatically, or to clock one of the next two fastest times to advance to Thursday’s final.

But the world record-holder, in his toughest race since returning from a terrible knee injury sustained in 2017, faded while coming out of the final bend and crossed the line in 45.14sec.

While the 400m of this showpiece is a tale of tragedy for Van Niekerk, it could be a heartwarming story for Grenada’s Kirani James, the London 2012 champion and Rio 2016 runner-up who won his semifinal in the fastest time of the day, 43.88.

Colombia’s Anthony Jose Zambrano was second behind him in 43.93.

American Michael Cherry was the third semifinal winner in 44.44, followed by Jamaica’s Christopher Taylor in 44.92.