Japan, Australia to meet for first event of Tokyo Games 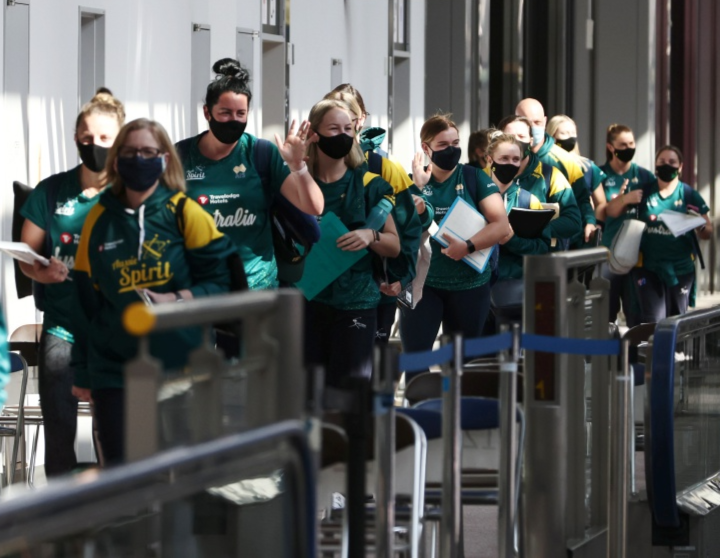 Action at the Tokyo Olympics is scheduled to start on Wednesday as Japan meet Australia in softball with each team holding vastly different stakes in the sport's return to the Games.

With the Olympics getting underway a year late because of the Covid-19 pandemic, hosts Japan will throw the first pitch in Fukushima.

It will be an unusual scene for Japanese players, who hail from a domestic professional league that involves cheerleaders, bands and busloads of employees from corporate sponsors.

"Softball is the biggest thing out here. The fans, the competitiveness is unbelievable," said Dallas Escobedo, a pitcher for Mexico who has played in the league since last year.

But the Australians, who rarely compete before more than spouses and children, will not be fazed by 14,300 empty seats.

The gap underscores why winning gold would be more transformative for Australia than any of their five competitors.

Although defending champions Japan face pressure to succeed on home turf, softball's popularity in the country won't be threatened whatever the outcome.

On the other hand, Australia are aiming to launch their first league within three years, said David Pryles, Softball Australia's chief executive. Proving it has the world's top talent could be essential to attracting backing.

Australia have won silver or bronze on the four occasions the sport has been included at the Olympics but never gold. Softball participation fell each time despite the medals, according to Pryles.

But he said the pattern may be different this time because of a one-hour time difference with Tokyo, record spending on marketing the team online and extra attention from being the first overseas squad in any sport to arrive in Japan on June 1.

It has several sponsors, after having none during softball's last Olympics appearance in 2008.

"For us it’s massive, these Olympics are huge," Pryles said.

If Mexico managed to win gold on their softball debut at the Games they could secure long-term government funding. But players from the United States, Italy and Canada foresee minimal impact on their budding leagues from taking gold.

They primarily want to dazzle Olympic organisers so that softball, ruled out for Paris in 2024, returns in 2028.

Australia's Pryles believes his players have taken a bigger gamble than many of their competitors. The women gave up weeks of pay for the extensive training in Japan, with stipends replacing only some of their lost income.

But the players recently got a taste of home - meat pies from Australia's Patties Foods - to help them along.

One thing is certain, no matter where Australia finish, Pryles said, they will face a two-week quarantine on their return home due to the country's coronavirus restrictions.