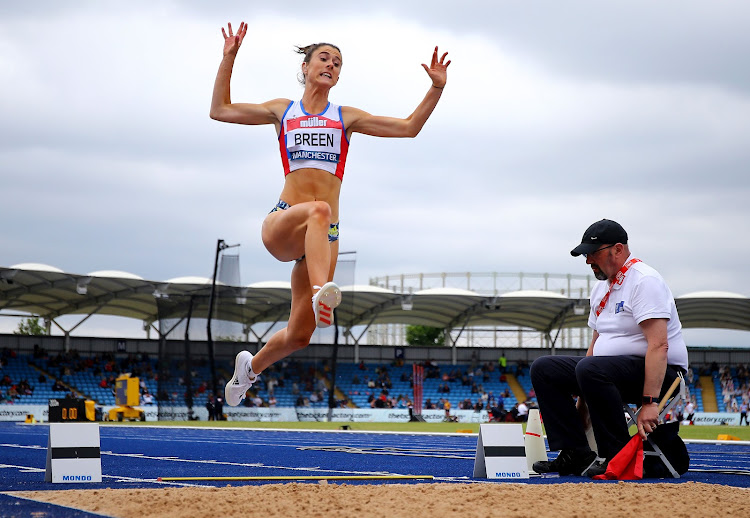 In this file picture, Olivia Breen of Portsmouth competes during the Women's Long Jump Final on Day Three of the Muller British Athletics Championships at Manchester Regional Arena on June 27, 2021 in Manchester
Image: Ashley Allen/Getty Images

Welsh Paralympic world champion Olivia Breen said she was left shocked and dismayed when an official at Sunday's English Championships in Bedford told her that her sprint briefs were "too short and inappropriate".

Here something I felt like sharing that’s happened to me today at my competition @EnglandAthletic pic.twitter.com/QlYfPDmxEV

The 24-year-old, who has cerebral palsy, said the official in question made the remark during the long jump event.

"I feel disappointed because just as I finished my long jump competition one of the female officials felt it necessary to inform me that my sprint briefs were too short and inappropriate," Breen said on Twitter.

"I was left speechless. I have been wearing the same sprint style briefs for many years and they are specifically designed for competing in.

"I will hopefully be wearing them in Tokyo. It made me question whether a male competitor would be similarly criticised. I hope no other female athletes had similar issues."

Breen added that "women should not be made to feel self conscious" about their kits.

England Athletics told British media they were aware of the post and were investigating the issues "as a matter of urgency".

"The wellbeing of all participants in athletics is of the utmost importance and everyone should feel comfortable to compete and participate in the sport," a spokesperson said.