It takes two to tango, says Wolff in defence of Hamilton 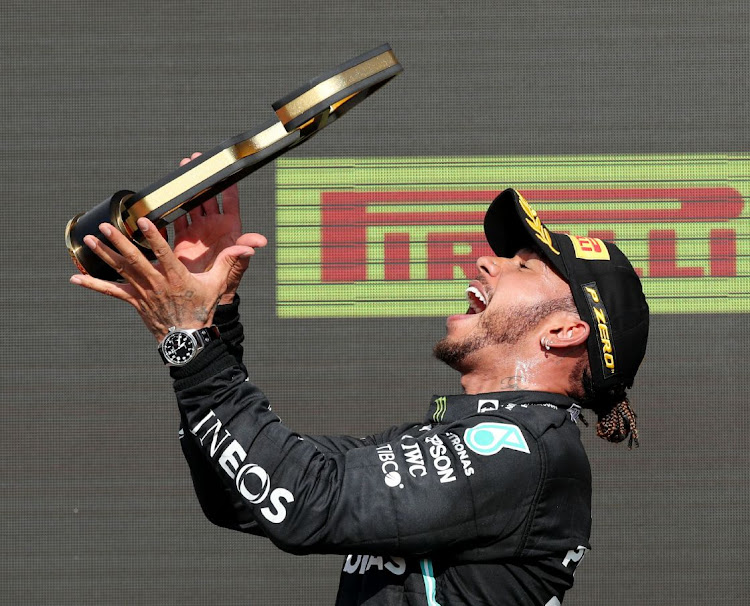 The high-speed incident at Silverstone ended Verstappen's race and slashed the Dutch driver's championship lead from 33 points to eight after 10 rounds.

Hamilton was handed a 10-second penalty for causing a collision, with Red Bull boss Christian Horner angrily denouncing the seven-times world champion for an amateur and 'desperate' move.

"Everybody has an opinion, and that’s OK," Wolff told reporters in response.

"Of course every team will have a certain bias towards incidents like that.

"It is a situation that I guess we all have seen in the past when great drivers race with each other. When nobody is prepared to give in, then these kind of situations can happen. But for me it takes two to tango."

Wolff said had the incident happened at a lower speed corner, the outcry would have been far less.

"The stewards think 10 seconds was appropriate, I guess because both drivers were part of the accident, not one alone," he added. "It’s always much more nuanced."

The Finn was second and ahead of Hamilton when, 12 laps from the end, the team told him to let the seven times Formula One world champion through so he could chase down Ferrari's race leader Charles Leclerc.

"He was so gracious today to work so well as a team mate to allow me to pass, so I could chase for the win for the team," said Hamilton.

"That’s great sportsmanship, I really do appreciate it."

Bottas is out of contract at the end of the season and his future at Mercedes remains uncertain, with young Briton George Russell tipped to move from struggling Williams as the Finn's replacement.

Hamilton, who recently signed a new two-year deal, has been supportive of Bottas, however.

"I think he is a fantastic team mate and I don’t necessarily see that it needs to change," the Briton told reporters last month.

Bottas is fourth in the championship with 108 points, with Hamilton second on 177. - Reuters