No fans will hit jumpers hard in Tokyo, says Rutherford 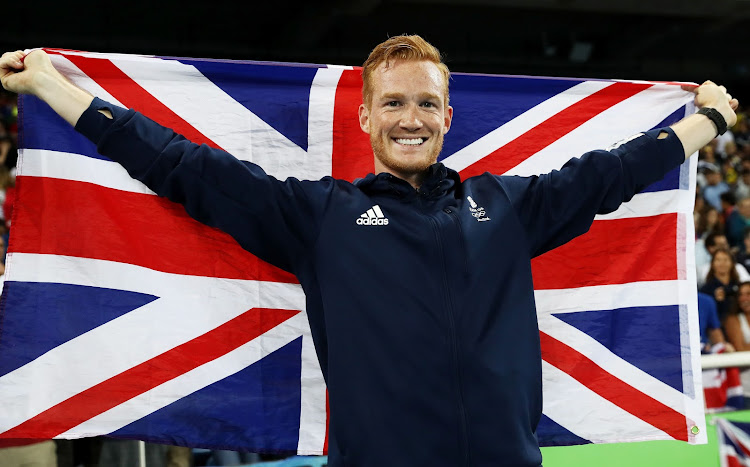 In this file picture, Greg Rutherford of Great Britain celebrates after the Men's Long Jump Final at the Rio 2016 Olympic Games at the Olympic Stadium on August 13, 2016 in Rio de Janeiro
Image: Alexander Hassenstein/Getty Images

Britain's former Olympic long jump champion Greg Rutherford says the absence of crowd atmosphere at the Tokyo Games will have an adverse effect on some athletes but he still expects some mind-blowing action over the 17 days of competition.

The troubled Tokyo Games begin on July 23 - a year later than scheduled after the Covid-19 pandemic forced it to be postponed.

With Tokyo in the grip of the virus, there will be no fans allowed into venues, including the Olympic Stadium that will host track and field.

"It's going to be eerily quiet in the stadium," the 34-year-old told Reuters.

Rutherford won gold at the 2012 London Games on the so-called Super Saturday when a huge crowd roared him, Mo Farah and Jessica Ennis-Hill to track and field glory within the space of a magical hour.

"I remember in Rio they didn't use the top tier in the athletics stadium for whatever the issue was and the crowd did feel a little bit less and I remember talking to others and saying it felt a bit more like a Diamond League rather than Olympic final, it didn't have the same buzz," he added.

"But athletes in Tokyo would kill for that level of support compared to what they will have."

Rutherford feels that the field event athletes could be especially disadvantaged by no crowd "energy".

"The interaction with the crowd in the jumps is massive," Rutherford, who will be covering track and field as part of Discovery’s on-screen team for Tokyo in the UK and Ireland, said during the launch of the channel's innovative virtual reality Cube studio.

"People ask would I have won without the crowd in London, and I don't really know how I would have responded.

"But there were definitely moments during the final when the crowd helped raise my game. No fans will effect things a lot."

However, he says that despite what will be a "weird" stadium and village, the athletes will still produce the goods.

"One thing we can bank on is that athletes will be desperate to compete," he said. "We have seen some mind-blowing performances this year and the women's 100m will be unreal.

"Then with the tech wars with the shoes we will see some crazy times in the middle distance races. The Games will be remembered for fantastic performances but also as the pandemic Games. I just hope that's it's not a one-hit for some and that they come back in Paris (2024) and experience what an Olympics is supposed to be about."

Rutherford had hoped to compete at Tokyo 2020 but retired in 2018 because of injuries. No British male long jumper qualified for Tokyo.

"It's awful, I'm genuinely disappointed," he said, describing Britain's track and field team as a mixed bag which will provide one or two shock medals.

British eyes will all be on sprinter Dina Asher-Smith although Rutherford said it is a shame that she will have to shoulder so much of the burden.

"It's sad that for the last two Olympics, there were multiple athletes who absorbed that pressure. In London there was Mo and Jess and obviously I came through as well.

"Now it's all on Dina. But she is a big game performer as we saw in the worlds. I don't fear for her that it could get too much. She loves the big events.

"But it's unfair if people assume she will win three medals. If it's one gold, or two silvers, or one gold and a bronze it would be unbelievable."