Missed cut key to Rory McIlroy contending at The Open? 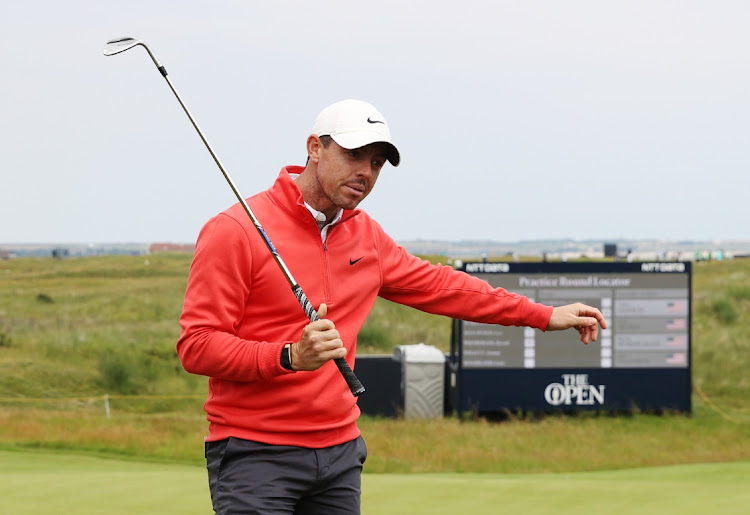 Northern Ireland's Rory McIlroy on the 4th tee during a practice round at Royal St George's this week
Image: LEE SMITH / REUTERS

A quirky statistic indicates Rory McIlroy might be a serious threat at The Open Championship despite coming off a missed cut at the Scottish Open.

Of the past nine times McIlroy has failed to reach the weekend of a tournament, the Northern Irishman has rebounded to win the following event three teams.

"I certainly don't think it's a chance statistic," he said Tuesday. "I think in golf you always learn more about your game when you've missed a cut or struggled or not played as well. I think anyone can play well, anyone can hit the ball great and give themselves chances to win - not anyone, but a lot of people can.

"But you just learn more. I've always learnt more from disappointments and from not doing as well."

McIlroy returned to the top 10 in the world rankings at No 7 following his win at Quail Hollow two months ago, but his results have been uneven since. He did tie for seventh at the US Open and posted a T18 at the Memorial, but he wasn't close to contention at the PGA Championship or the Irish Open before missing the cut last week.

It did give McIlroy the opportunity to get to Royal St George's early and continue to work on the changes he has been implementing since switching to swing coach Pete Cowen in March.

"I feel like I figured something out on Sunday here, which has been really good," McIlroy said. "It's hard. You're going - thinking a swing so much, and it's really about trying to get that blend of getting your mechanics right but then also letting your athletic ability and your instincts shine through as well.

"It's just been trying to get that balance."

The 32-year-old is continuing his quest for a fifth major title and his first since the PGA Championship in 2014. He won The Open that same year, and it has been his most consistent major since despite missing the cut in 2019.

McIlroy tied for 25th the last time The Open was contested at Royal St. George's. He finished at 7-over par, 12 shots behind champion Darren Clarke. He enters this week tied for the fourth betting favorite.

McIlroy didn't have fond memories of the course from a decade ago, but believes it is in "perfect" condition this week.

"The course was quite lush, quite green," he said. "We maybe weren't getting the bounces that we're accustomed to getting here at St. George's with the bumpy fairways.

"I walked away from the golf course on Saturday and Sunday thinking, this is a much better golf course than I remember it being, and I think that's just because of the way it's playing right now.

"I think it's perfect, and as the days go on with a little bit of wind and sunshine, by the weekend it should just be absolutely perfect."