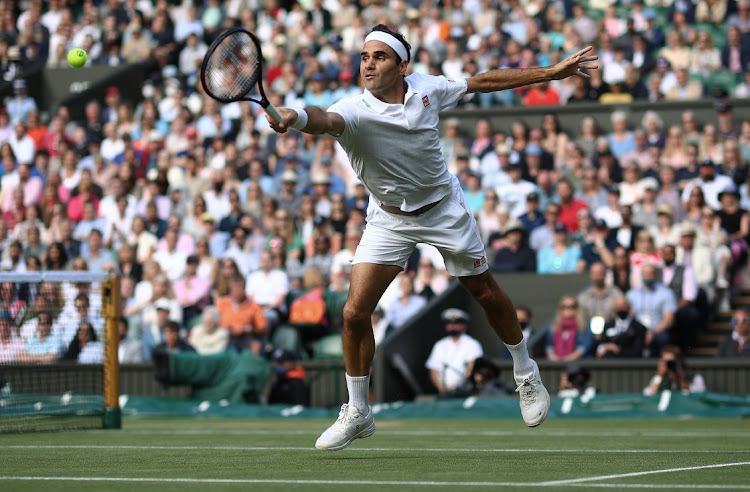 Roger Federer of Switzerland has withdrawn from the Olympics
Image: Julian Finney/Getty Images

Switzerland's Roger Federer became the latest big name in tennis to withdraw from the Tokyo Olympics after the 20-times Grand Slam champion said he had picked up a knee injury during the grasscourt season.

Federer, who turns 40 next month, had two knee surgeries in 2020 which resulted in more than a year of rehabilitation, with the Swiss returning to action in March - 13 months after his Australian Open semi-final exit last year.

He withdrew from the French Open last month despite winning his third round match to save himself for the grasscourt season, where he sought a record-extending ninth title at Wimbledon but was beaten in the quarter-final by Hubert Hurkacz.

"During the grass court season, I unfortunately experienced a setback with my knee, and have accepted that I must withdraw from the Tokyo Olympic Games," Federer said on Twitter.

"I am greatly disappointed, as it has been an honour and highlight of my career each time I have represented Switzerland.

"I have already begun rehabilitation in the hopes of returning to the tour later this summer. I wish the entire Swiss team the best of luck and I will be rooting hard from afar."

Federer won the gold medal in the doubles at the 2008 Games in Beijing when he partnered with Stan Wawrinka while he had to settle for silver in the singles four years later in London when he was beaten by Briton Andy Murray on Wimbledon's Centre Court.

Novak Djokovic, who has won the first three Grand Slams of the year, said he was "50-50" about competing in Tokyo following the organisers' decision to ban fans from attending and the restrictions on the number of people he can take to the Games.