Lowry hands back Claret Jug, but happy for chance to defend it 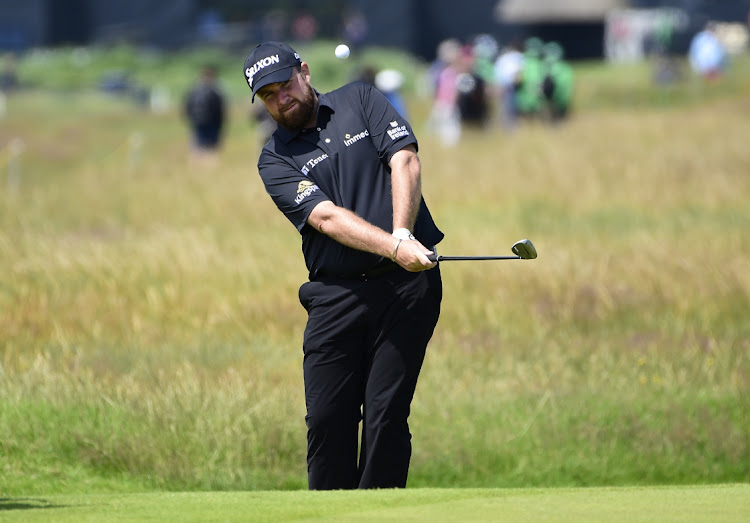 Ireland's Shane Lowry during a practice round ahead of the 149th Open Championship at Royal St George's, Sandwich on July 12, 2021
Image: REBECCA NADEN / REUTERS

When Irishman Shane Lowry knocked in his putt on the 18th green for a romping British Open win at Portrush in 2019 little did he know that he would keep hold of the Claret Jug for two years.

The cancellation of last year's championship at Sandwich because of the coronavirus pandemic meant the 34-year-old Lowry has had an extra year to enjoy being the champion.

Keeping the title for another year will be much harder work, however, as the sport's oldest major returns to the calendar on Thursday on the south-east tip of England.

But Lowry would much rather have it that way.

"Not that I'm ready to give the Claret Jug back. I just handed it back, so I'm ready to - I'm happy it's here and I'm happy I'm here defending, and I'm looking forward to the week.

"You never get sick of hearing that you're The Open champion, but I'm kind of ready to defend it."

The cancellation of last year's Open left a huge hole in the calendar. The delayed 149th championship will feel more or less normal although attendances will be restricted to 32,000 per day and all players must stay within a bubble of four people.

Apart from that it is game on, and Lowry told reporters the restrictions in place would not have much impact.

"Obviously it's not ideal, but that's the world we live in at the minute. That's the rules we have to abide by," he said.

"It's a bubble, but I don't think I'll be doing anything different than I normally do. I come to the golf course, I play, and I go home and we have dinner in the house, and that's it."

The last player to successfully defend the Claret Jug was Lowry's compatriot Padraig Harrington in 2008.

Lowry's form has been mixed since winning in Portrush and he will be eager to prove that his title was no flash in the pan, having missed the cut in his previous four Open appearances.

"I've had some good results over the last number of months, and I'm pretty happy where my game is at," Lowry, who was fourth at this year's USPGA Championship, said.

"I think, I hope that I can be competitive this week. I just like to put up a good defence of my trophy, and I'd give anything to have a chance to win come the weekend.

"I'm out there planning for that over the next few days, and we'll see how it goes."