Rickie Fowler fails to qualify for US Open by one stroke 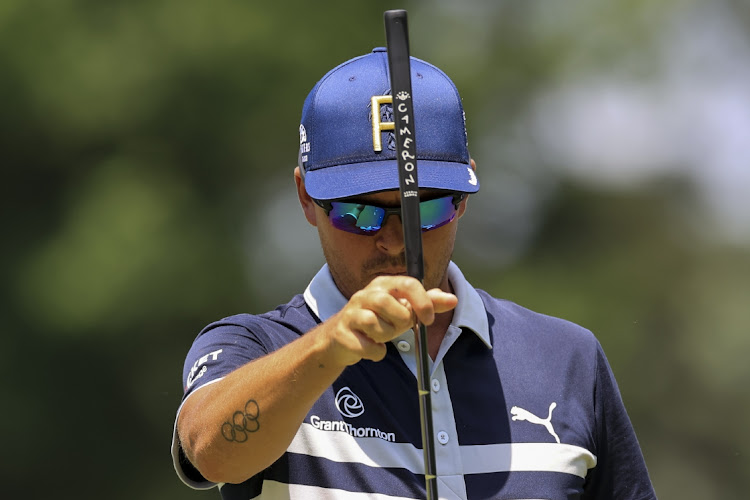 Rickie Fowler will miss his first US Open since 2010 after falling one stroke shy in qualifying Tuesday in Columbus, Ohio.

Fowler finished 5 under after his 36-hole qualifier was delayed by heavy rain and thunder at the Brookside Golf and Country Club on Monday. Fowler shot rounds of 73 and 66.

Former major champions Keegan Bradley and Jason Dufner joined Fowler at 5 under to also miss qualifying for the US Open.

Fowler, ranked No 87 in the world, was able to play in the PGA Championship on special exemption and finished tied for eighth.

He also failed to earn an invitation to the Masters in April for the first time in 11 years. He watched the first round with Tiger Woods.

Fowler is in the field for The Open Championship at Royal St George's next month.

Ian Poulter, Charley Hoffman and Bernd Wiesberger were among 13 golfers who earned exemptions .

The USGA announced the final results for two categories of exemption. Players ranked inside the top 60 in the Official World Golf Ranking as of Monday and who were not previously exempt earned passes to play in the major.

Hoffman may have something of a home-course advantage. He hails from San Diego, once made a hole-in-one on Torrey Pines' South Course during a 2014 PGA Tour event and hosts a pro-am benefiting his foundation at the famed course.

Poulter, who has yet to win a major during his 26-year professional career, will be making his 16th start at the US Open. It's the only major where he hasn't finished in the top 10.

Wiesberger, an eight-time European Tour winner, will make his seventh appearance at the US Open.

The other category of exemption rewarded the top 10 golfers in the three-event European Tour Qualifying Series who weren't previously exempt. Players earned points toward qualification over the course of three European Tour events - the Betfred British Masters, the Made in HimmerLand and the Porsche European Open - as a substitute for traditional qualifying not held due to the Covid-19 pandemic.

The US Open will take place June 17-20. Bryson DeChambeau is the defending champion.