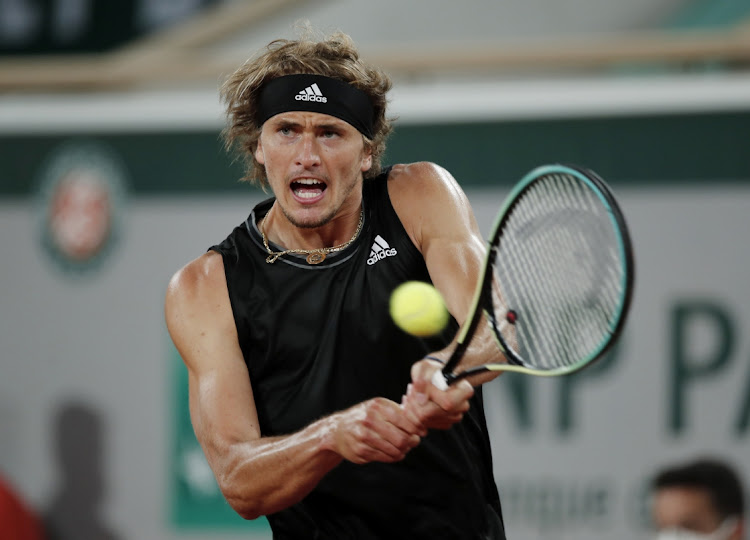 Alexander Zverev swept past Kei Nishikori 6-4 6-1 6-1 to reach the French Open quarter-finals for the third time on Sunday.

After a competitive opening set, the powerful German raced away from the Japanese player who lacked the firepower to make any impression on the sixth seed.

Zverev hit 25 winners and wrapped up the win in one hour 54 minutes to set up a last-eight clash with unseeded Spaniard Alejandro Davidovich Fokina.

"Hopefully I've got three more matches left here," Zverev, who has enjoyed some impressive from on clay this season with a title-run in Madrid, said on court.

Zverev started like a house on fire, surging into a 3-0 lead with some aggressive hitting.

But Nishikori, seeking a 13th Grand Slam quarter-final appearance and fourth on the Parisian clay, responded well and hit back to level at 3-3.

His challenge fizzled out though when he dropped serve at 4-5 to lose the first set and Zverev was in command thereafter.

When Zverev reached the quarter-finals in 2018 and 2019 he faced Dominic Thiem and Novak Djokovic respectively so with Davidovich Fokina up next he will be favourite to reach the semi-finals here for the first time.

But the 24-year-old said he will not be taking anything for granted.

"I mean, I have Davidovich Fokina for a reason. He won four matches, right? Let's give him some credit where they deserve credit," he said. "You cannot be a bad player and be in the quarter-finals of a Grand Slam."

Fokina marched into the quarter-finals of a Grand Slam for the first time with a power-packed 6-4 6-4 4-6 6-4 victory over Federico Delbonis.

Fokina had already spent more than 10 hours on court at Roland Garros, which included two consecutive five-setters, but the hard-working Spaniard was the livelier of the two players, covering the court with ease and striking the ball with venom.

Spurred on by a few Spanish fans in attendance, Fokina smashed 42 winners past his opponent and set up a clash with either sixth seed Alexander Zverev or Kei Nishikori.

"I gave everything, three hours, I worked hard for this moment," 22-year-old Fokina said in an on-court interview. "There are a lot of emotions, I'm so happy.

"I was very nervous but thank god I won that (fourth) set ... I will rest for sure, I am so tired today."