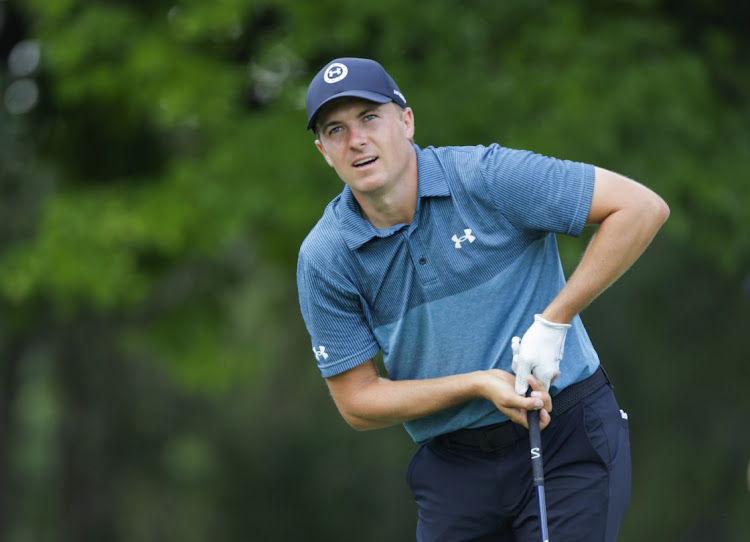 Jordan Spieth tees off during the third round of the Charles Schwab Challenge golf tournament in Fort Worth, Texas on May 29, 2021
Image: Erich Schlegel-USA TODAY Sports

Jordan Spieth fell short of claiming his second win of 2021 but continued his climb up the United States Ryder Cup team rankings and the world rankings.

Spieth climbed five spots to No 23 in the Official World Golf Rankings  and is now inside the top 10 for the US Ryder Cup team at No 9.

That's two spots higher than last week, and Spieth is almost assured of representing the US despite still being outside of the six automatic qualifier spots.

Steve Stricker will make his six captain's picks after the Tour Championship in August, and Spieth has been the most consistent US player for the past four months. Along with his win at the Valero Texas Open, Spieth has a total of eight top-10s in his past 11 events.

Spieth held the 54-hole lead at the Charles Schwab Challenge but shot a 73 on Sunday and was passed by Jason Kokrak. Kokrak vaulted 13 spots to No 22 in the world and is now part of the Ryder Cup conversation, rising seven spots to No 13.

The top 10 in the world rankings saw little movement this week, with Schauffele moving past Morikawa for No 5 and Reed falling a spot to No 9 after missing his second cut in his past four events. - Field Level Media