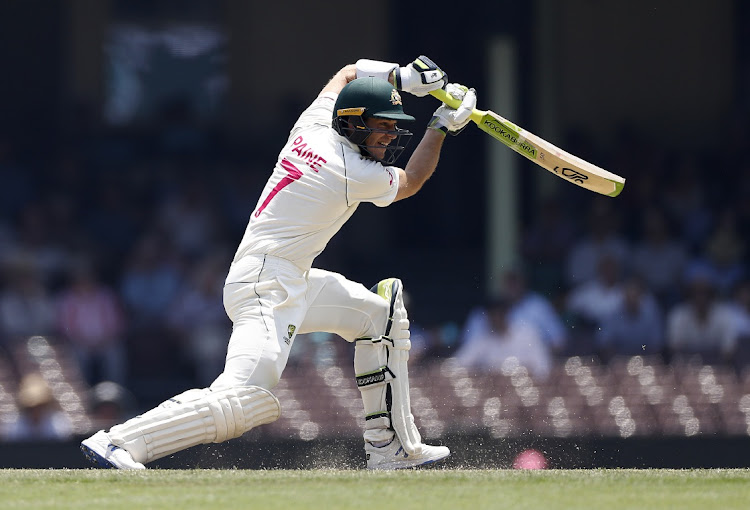 The four Australia bowlers who played in the infamous "Sandpapergate" Test have been in touch with Cameron Bancroft to "clear the air" over suggestions they knew about the ball-tampering, captain Tim Paine said on Wednesday.

Bancroft, who was banned for scuffing the ball with a piece of sandpaper during the third Test against South Africa in Cape Town in March 2018, suggested in an interview last week that the bowlers had known about the attempts to alter the ball.

Pat Cummins, Josh Hazlewood, Mitchell Starc and Nathan Lyon issued a strongly-worded statement on Tuesday denying any knowledge of the plot and calling for an end to "rumour-mongering" and "innuendo".

"I think they're frustrated that it keeps popping up but I think that's part and parcel for everyone who played in that test match," Paine told reporters in Hobart.

"Their mood was fine, I think they've spoken to (Bancroft), cleared the air there and I think everyone's looking forward to moving on.

"We're all grown men and those guys have made contact with each other and sorted it out."

CA conducted an investigation into the incident in 2018 and banned Bancroft for nine months, while former captain Steve Smith and vice-captain David Warner were suspended for a year.

The idea that other players would have been aware what was going on at Newlands found fertile ground in the Australian media with former captain Michael Clarke among those chiming in on the subject.

Paine, who replaced Smith as skipper after the scandal, said Bancroft's comment would not damage his chances of returning to the test team once he returns from playing county cricket in England.

"We don't pick Test teams on what they say in the media," he said. "We pick test teams on how many runs they're scoring ... and that certainly won't be held against him."

Cricket Australia (CA) issued a request to Bancroft for any "new" information he might have about the incident at the weekend but none has been forthcoming.