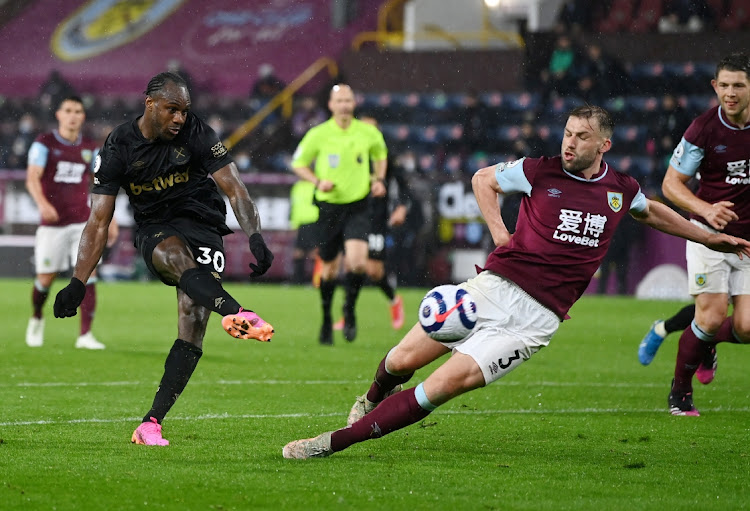 West Ham United boss David Moyes picked an attacking side and told them to "go for it" against Burnley and they responded by racking up 22 shots on goal in a 2-1 win that puts them within touching distance of Champions League football next season.

The Hammers rose to fifth in the Premier League table, three points behind Chelsea in the final Champions League spot with four games left to play.

"I'm hoping with four games to go, people still talk about us and the Champions League. We want to take it down to the final day and try to sneak in," Moyes told BBC Sport.

"It will probably need us to win all four games. Europe would be an incredible achievement. I think I'll be disappointed if we don't get there now.

"Most of the games this season we've played very well. We've missed some players through injury which has affected us. We'll keep going, we're not going away."

Moyes welcomed back Michail Antonio from injury, and the striker responded by netting both goals for the Hammers.

"Michail Antonio made a great impact. He's come back in good condition, good shape ... he's a big influence in the team and we're glad to have him back," Moyes said.

With Burnley nine points above the relegation zone, their survival in the Premier League is not yet mathematically ensured but manager Sean Dyche believes they are trending in the right direction.

"They (West Ham) are chasing Champions League spot and we are trying to look after ourselves. We didn't go too far wrong. Our level of performance has been good," he told Sky Sports.

The home side took the lead in the 19th minute when Chris Wood was brought down in the box by Tomas Soucek, and the New Zealand international picked himself up to drill the resulting penalty low to keeper Lukasz Fabianski's right.

The lead was short-lived as Antonio, who was returning from a hamstring injury suffered in early April, split a pair of defenders to score with a bullet header in the 21st minute.

With West Ham pouring forward, Antonio added what proved to be the winner eight minutes later with a deft finish from a brilliant inswinging ball into the box from Mohamed Said Benrahma.

"Everybody wants to play in the Champions League. I have been here a few years and there have been so many seasons we were fighting to stay in the league and now we have the opportunity for top four," a delighted Antonio told Sky Sports.

"We are not going to give up on it, it's a dream come true. We will keep fighting, keep pushing."

Antonio almost completed a hat-trick early in the second half but his right-footed effort hit his standing leg with the goal at his mercy.