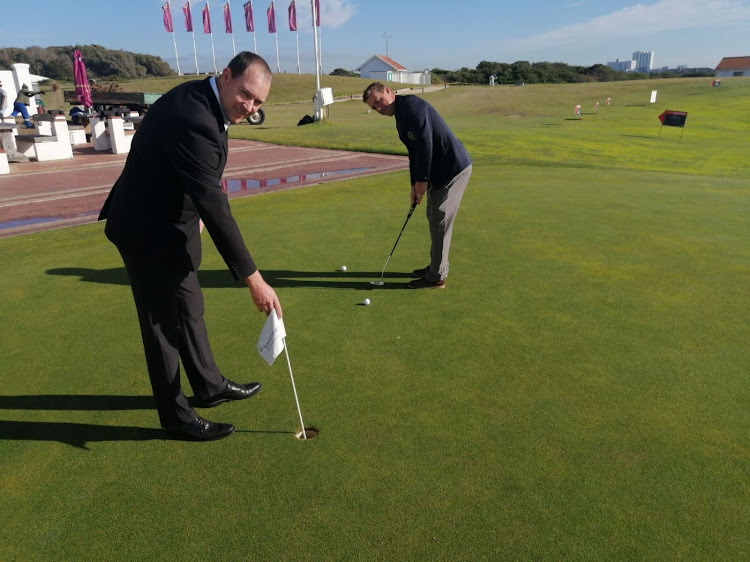 SA’s PGA club golf professionals are primed for a tilt at the Humewood links when the Port Elizabeth course hosts the Diners Club National Championship for the first time, starting on Monday.

It is an exciting period for the club because the next week, from May 10 to 13, Humewood will host the first national Sunshine Seniors Tournament to be held at the venue.

But first the men’s and women’s club pros from across the country will be keen to make their mark as they duel it out for the national title, held by Stuart Smith.

Smith (not attached to a club) took the title with rounds of 68, 65 and 72 in 2020 at the Centurion Country Club after the tournament was postponed from May to November because of Covid-19.

Though players from Gauteng and the Western Cape are sure to figure among the leader board contenders, there will be much interest in the local pros, with Graeme van der Nest (The Pro Shop PE), Matthew Thompson (Wedgewood), Wiele Rademeyer (Humewood) and Thinus Keller (St Francis Links) all in the field.

Humewood general manager Brendon Timm says the organisers are delighted to host an event which has traditionally been held in Gauteng and expect a competitive tournament.

“It’s an honour to host an event of this stature as we are excited to showcase the only true links in Africa to PGA members from around the country,” he said.

“This creates good exposure and could lead to many more members from their clubs heading down to play our coastal course.

“All PGA members have a competitive desire in them and this event gives them a chance to reignite their passion for the game, testing themselves against their fellow club pros for the honour of being called PGA champion.”

“The PGA Professional Championship is the pinnacle event for all PGA professionals and with the championship being hosted for the first time in the Eastern Cape, the PGA is looking forward to a great week of championship golf and member camaraderie,” he said.

“The excitement to go out and compete over the famous Humewood links will ensure that a suitable champion lifts the Denis Hutchinson Trophy at the close of play next Thursday.

Timm and the Humewood staff are hard at work ensuring top-notch conditions for the players.

“Humewood is proud to produce a golf course fit for tour standard for members and visitors,” he said.

“Therefore there is a lot more preparation than a normal week, except for marking of the course with regards to boundaries and hazards.

“The tournament director will mark the course for rules and regulations of the tournament.

“Our biggest challenge leading up to the event is green speed and quality of the roll it produces.

“They will then return late afternoon to start preparations for the following day.

“All in all, we are confident we can produce first-class conditions and are looking forward to the first tee-off on Monday.”

The pros will enjoy some practice rounds on Monday and then play three rounds of medal stroke play from Tuesday to Thursday to decide the 2021 champions.