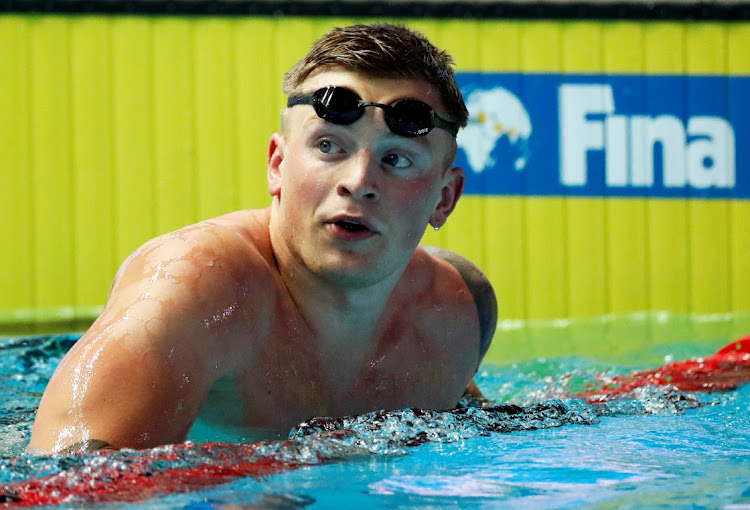 Athletes have a right to express their opinions and take a stance without being punished, Britain's Olympic swimming champion Adam Peaty said on Tuesday in response to a ban on protests during the Tokyo Games.

The International Olympic Committee (IOC) said on Wednesday it was retaining Rule 50 forbidding any kind of “demonstration or political, religious or racial propaganda” in venues and other Olympic areas.

That means athletes risk punishment for taking a knee or raising a fist in support of racial equality.

“I don’t think we should fine them for expressing their opinions,” Peaty said after a British swim team announcement.

“It’s like me now, I wouldn’t want to be fined for saying it.

“But it’s everything with balance.”

Peaty cited the possible example of a gold medal winner taking the opportunity to protest on the podium, and taking away attention from the silver and bronze medal athletes after years of hard work.

“There is a very fine line but there are so many issues in the world as well you don’t want to take away the right of those athletes to protest,” Peaty said.

Team mate Duncan Scott was warned by world body Fina after he refused to share a podium or shake the hand of China's Sun Yang at the 2019 world championships because of a doping controversy.

“There has got to be a reason why somebody would want to protest.

“They are not just going to do it for anything.

“I don’t know what people want to do on the podium, but crack on,” he said.

Team GB chef de mission Mark England said there had been a call with about 300 British athletes a few months ago and a second “comprehensive and open dialogue” was likely in May.

“We'll listen to what they have to say and want to do,” he added.

“It's really important we find an avenue and a route for those athletes across the team who wish to protest against whatever issue may be close to their heart.”